“Those stairs are too steep,” said our guid Sina. Those stairs must be climbed I said to myself. We were only about an hour into our afternoon of bike riding when we came across this out of the way temple. The staircases are at about a 60-70 degree angle to force people to focus on their climb to the top. We had been looking at these all day at various temples, but in each case the authorities had helpfully built a wooden staircase at a much more gentle angle. Out here away from the crowds was a chance to try the real thing. So, we rode around the back, there were identical stairs on all four sides, and I stopped my bike. “Just a few?” I asked? OK, So I quickly climbed up about 10 or 12 stairs. With a smile and a gesture Sina told me it was OK to continue as far as I wanted, which was all the way to the top. 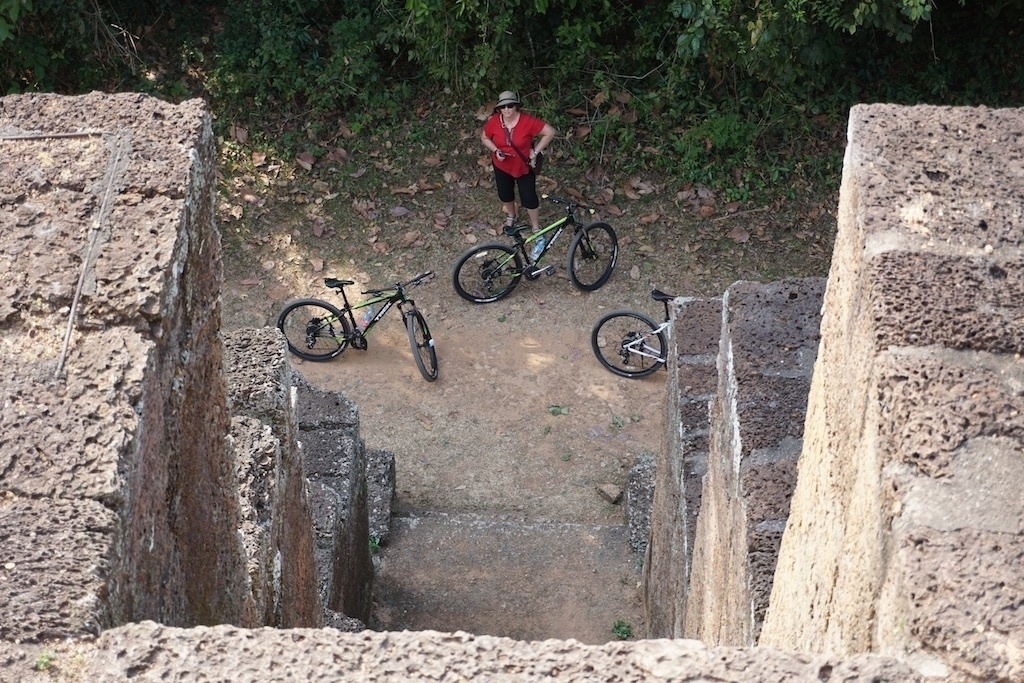 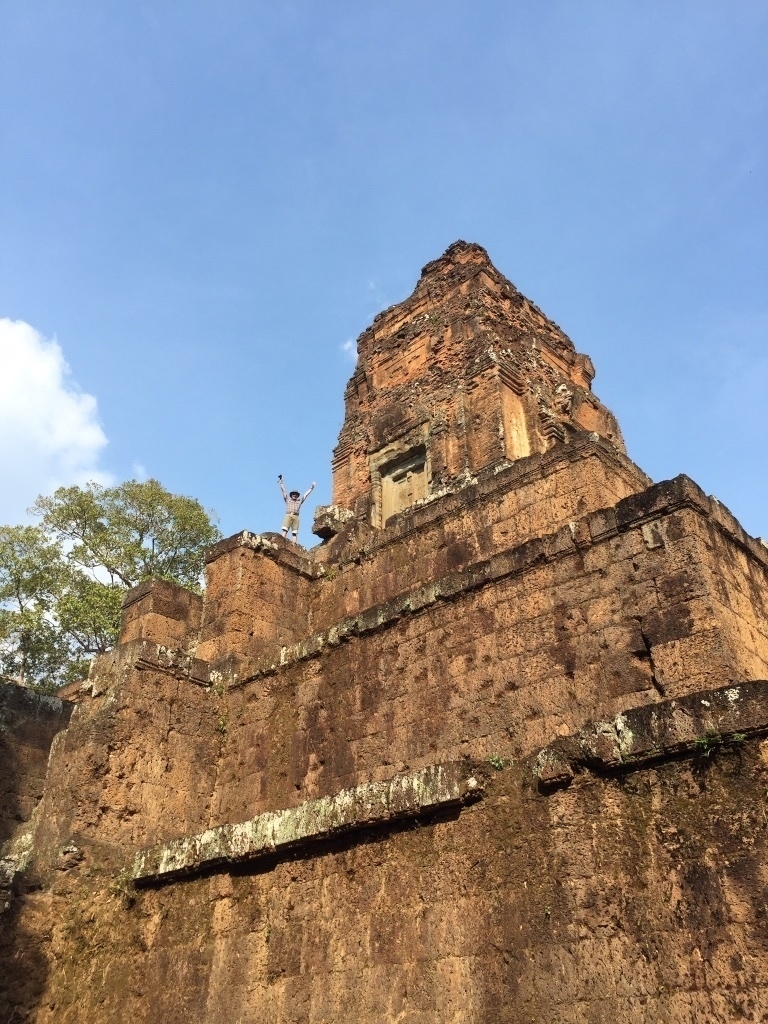 It turns out that this was just the beginning of a great afternoon of adventures on our rented mountain bikes. The bikes allowed us to get to places of the giant temple complex that most people don’t go to because its a long walk on paths that are not very well marked.

You carry your bike through a dry creek bed and an ancient door on the other side and you are treated to another amazing site. Way in the far back of the temple we did some serious mountain biking, and climbing. Even our guide asked us to take a picture of himself on his bike to show his friends. Actually I think he posted it on Facebook immediately. Look where I took the crazy Americans today! This was toward the end of our ride, so you can see some of the amazing golden colors of the late afternoon sun. 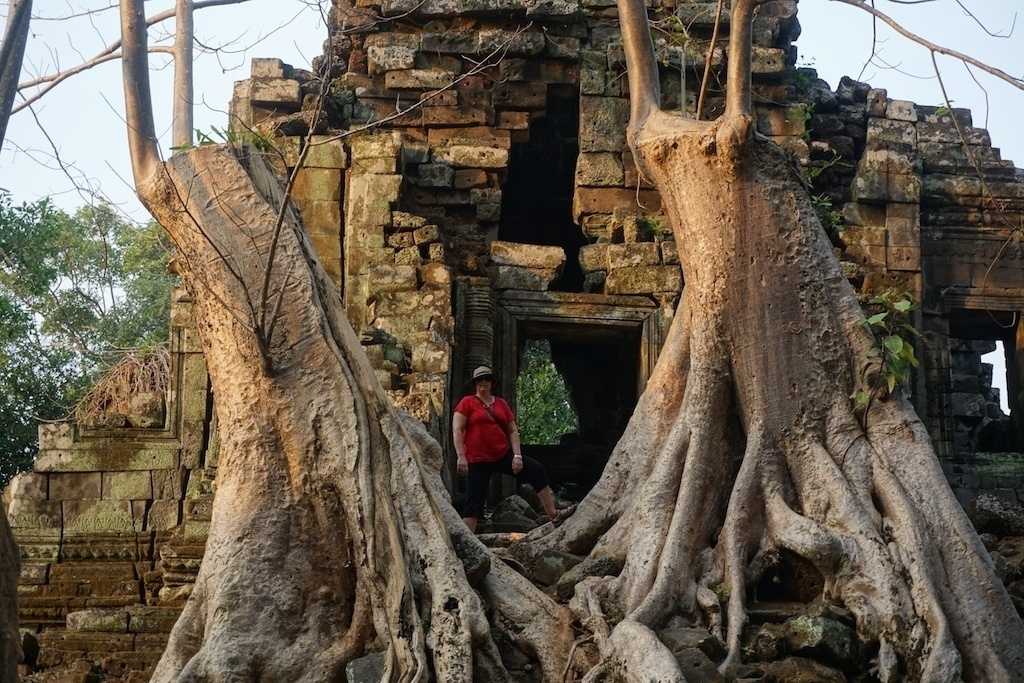 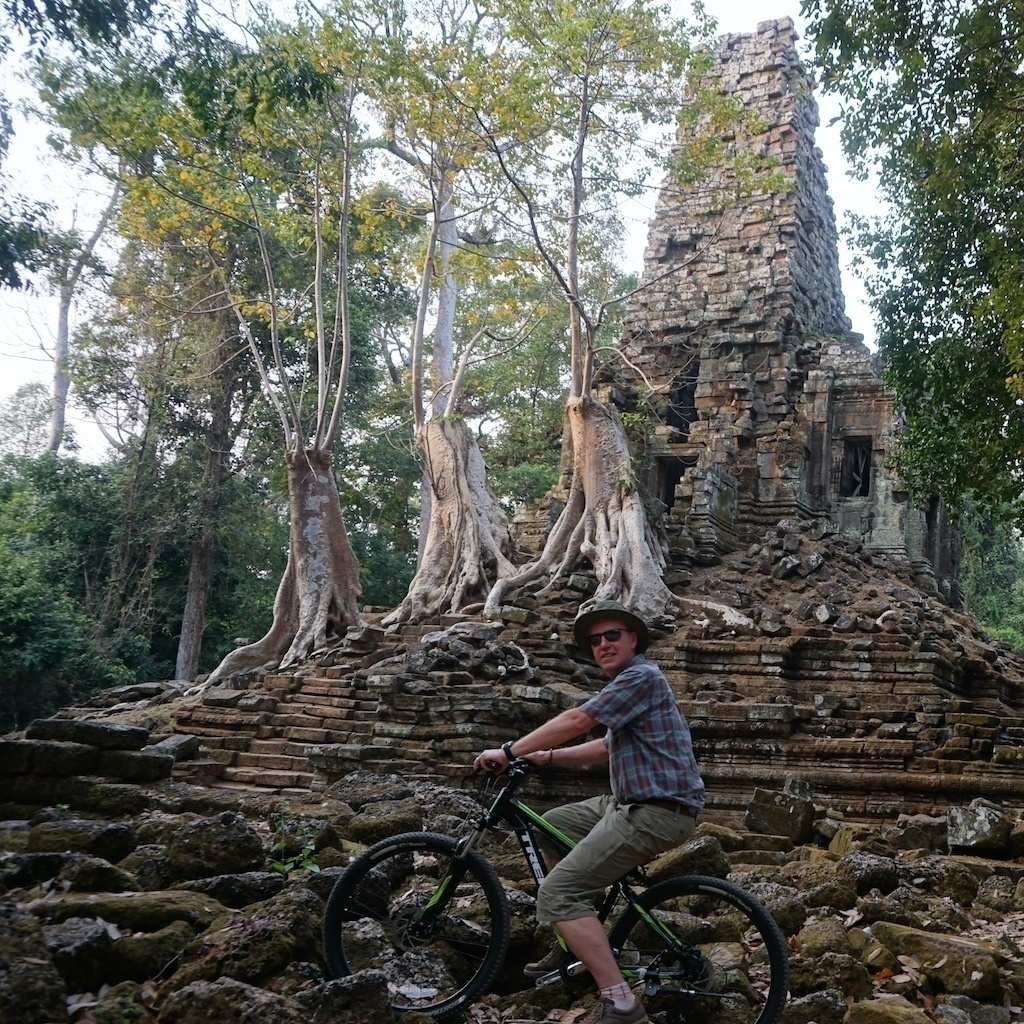 One place we did get off the bikes and walk around was at the Bayon temple. This was built by King Jayavarman VII. Yeah, I can’t say it either -- even after hearing our guide say it several times. We ended up just going by seven. My favorite was Udayadityavarman I who predated VII by about 80 years. Anyway, Jayavarman VII was a very long lived king, and a very good king. He built many temples, and took care of the people. They have a children’s hospital in Siem Reap named after him. 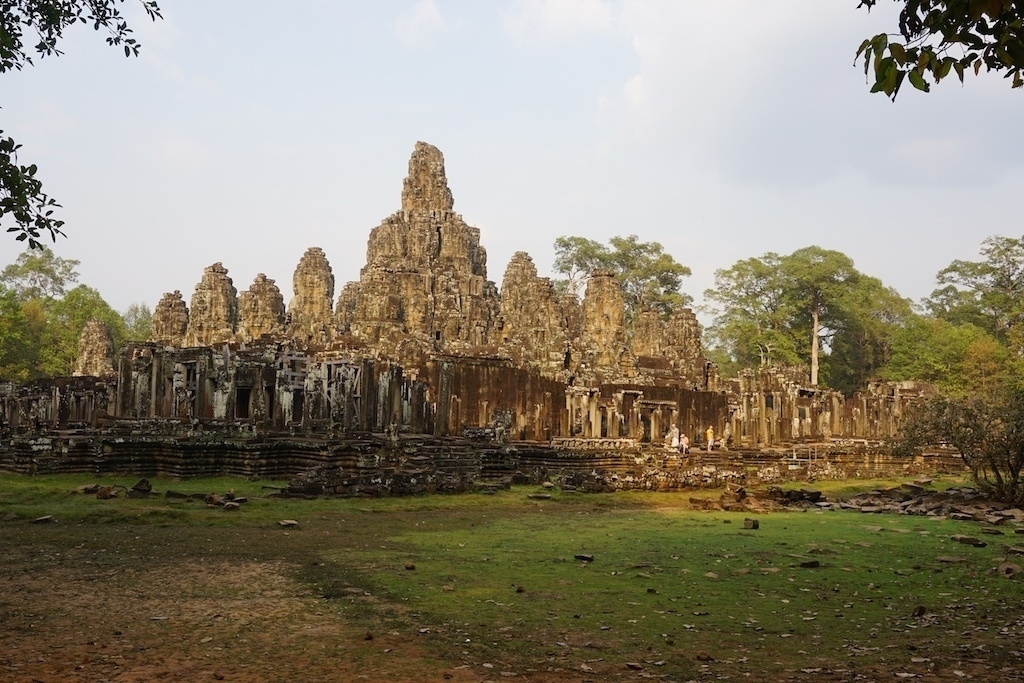 As you are walking through the temples with the guide it is really interesting to hear about the history. Many of the temples were originally built as Hindu temples and then later converted into Buddhist temples. Some are the other way around, it just depended on who was in charge at the time they were built.

Most of the temples we visited were built between 950 and 1180. At some point most of them were abandoned and fell into ruin until they were rediscovered largely by the French in the early 1900’s. Of course some of the discoverers were corrupt and tried to loot the temples and sell off the amazing bas relief stone carvings back home. But others financed the beginnings of the restoration of these places.

Every one of those towers in the Bayon temple has the face of Jayavarman VII on four sides. It is said that this symbolizes that the king was watching everything and everyone at all times.

Because the Cambodian government is quite corrupt, and it is quite a poor country, many of the restoration projects we saw over the last few days were financed by other countries. Some by Japan and Korea, to provide a great tourism experience for their people, others by India and other countries for maybe more altruistic reasons.

One other bit of excitement for the day happened when we made a comfort stop. It turned out the elephants were headed to the same place. 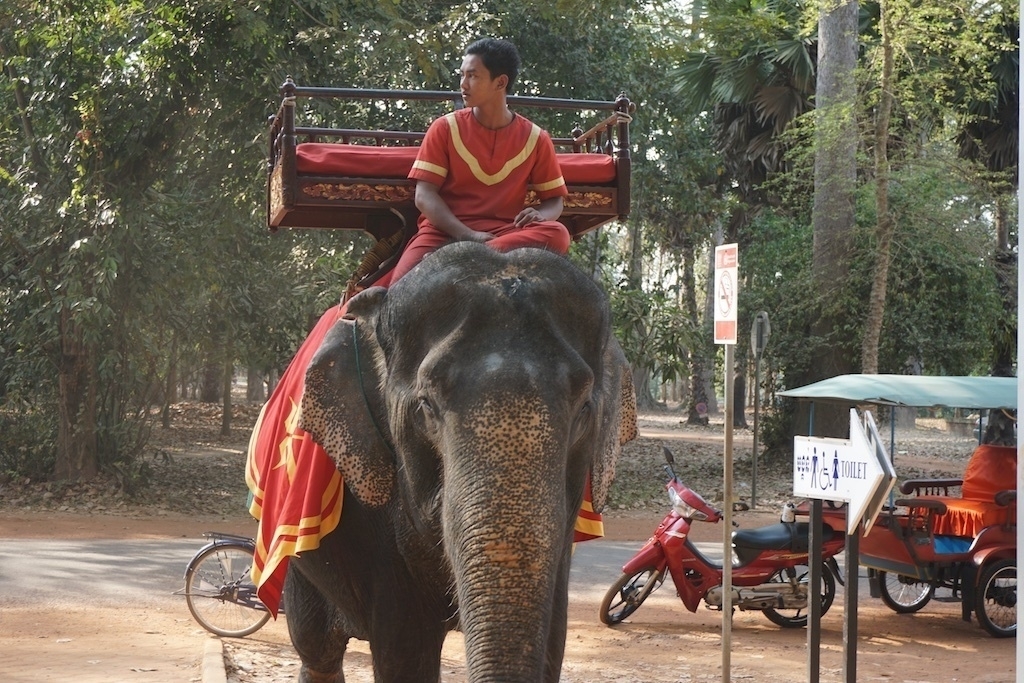