Driving a Tuk Tuk in Colombo

Driving a Tuk Tuk in Colombo

This morning we had a morning at sea and we arrived in Colombo Sri Lanka noon. Jane had arranged a tuk tuk tour for us and several other people from the cruise critic message boards. We made our way off the ship and negotiated a taxi to take us to the hotel where we were to meet our drivers and tuk tuks. In case you’ve never experienced a tuk tuk it is a three wheeled vehicle with a motorcyle engine. The driver sits in the front and 2 or maybe 3 passengers sit in the back. These vehicles are all over in the cities of Asia and can drive in ways that cars cannot! 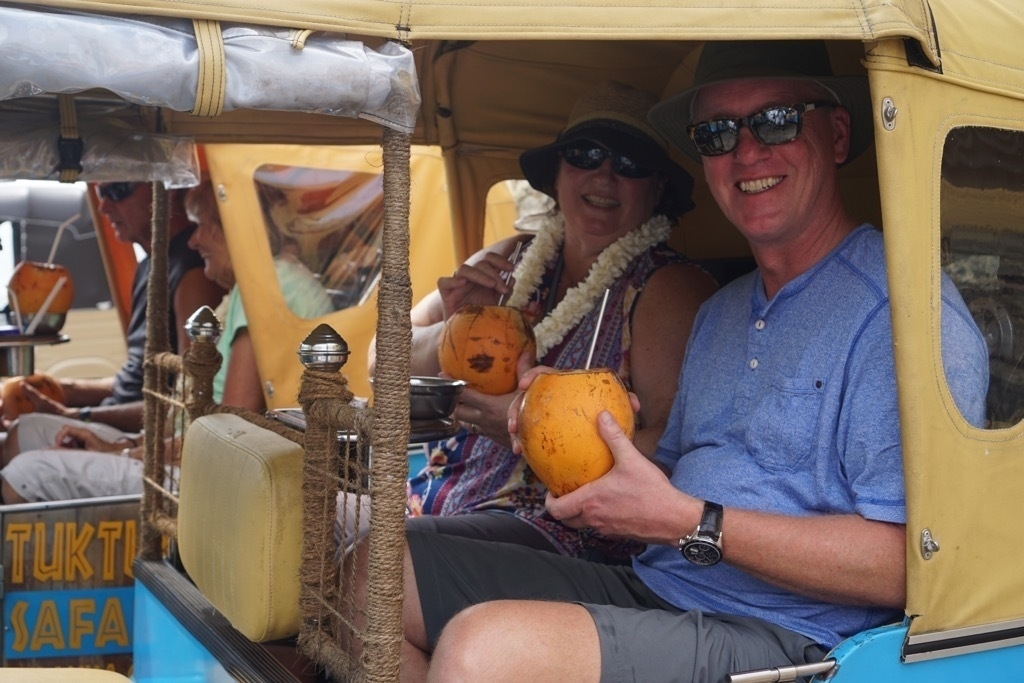 The first thing we noticed is what a different vibe there is in Colombo versus the cities in India. The driving is more orderly, the city seemed quite well maintained from the lack of garbage in the streets to the upkeep of the buildings. We visited a Buddhist temple, saw “the white house”, visited a Hindu temple, the national cricket grounds, and some of their national monuments. 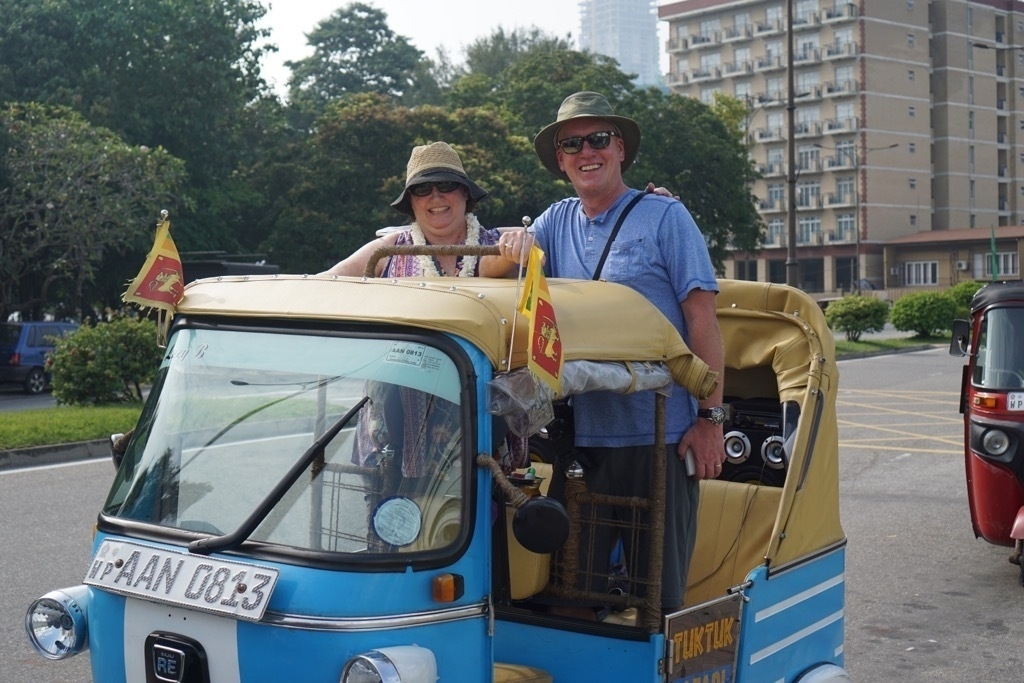 For me the highlight of the day was when we were on a pretty out of the way street and our driver pulled over and asked if I wanted to drive. Now I’m not even a motorcycle driver, but that didn’t deter me from giving it a shot. Unlike a motorcycle the clutch is on the left and along with the shifting mechanism, the throttle is on the right hand along with the break. I made it into first gear without any trouble and then paniced when I heard someone coming up from behind me. I slowed down and forgot to engage the clutch. Wah wah wah... But then we started it up again and I was good for at least 1 kilometer.

The funniest thing was that as we were motoring down the road with me driving we were passed by a policeman! It was pretty clear to all concerned that I didn’t have a license, but he just smiled and continued on his way. Jane was in the back making a video and thought the whole thing was quite funny.

While we were at the national cricket grounds, I noticed that they had something called “Hoppers” on the menu. So I asked our guide about it. He explained that they were like crispy pancakes that you stuffed with different fillings and rolled up to eat. A few minutes later he was on the phone and arranging for us to have hoppers on our lunch stop! They were delicious. We had some spicy filling called pol sambola to use with one plain hopper and one egg hopper. Both were really good. Then we had a delicous chicken Kottu a mixture of roti and vegetables and chicken, served with a dark garlic curry. We were running a bit behind schedule but we were all so glad that we got to experience this great food instead of rushing back to the ship to make the dinner buffet! For desert we had some delicious buffalo milk curd with honey drizzled on top. Time to find a Sri-Lankan cookbook to see if I can recreate any of this at home. 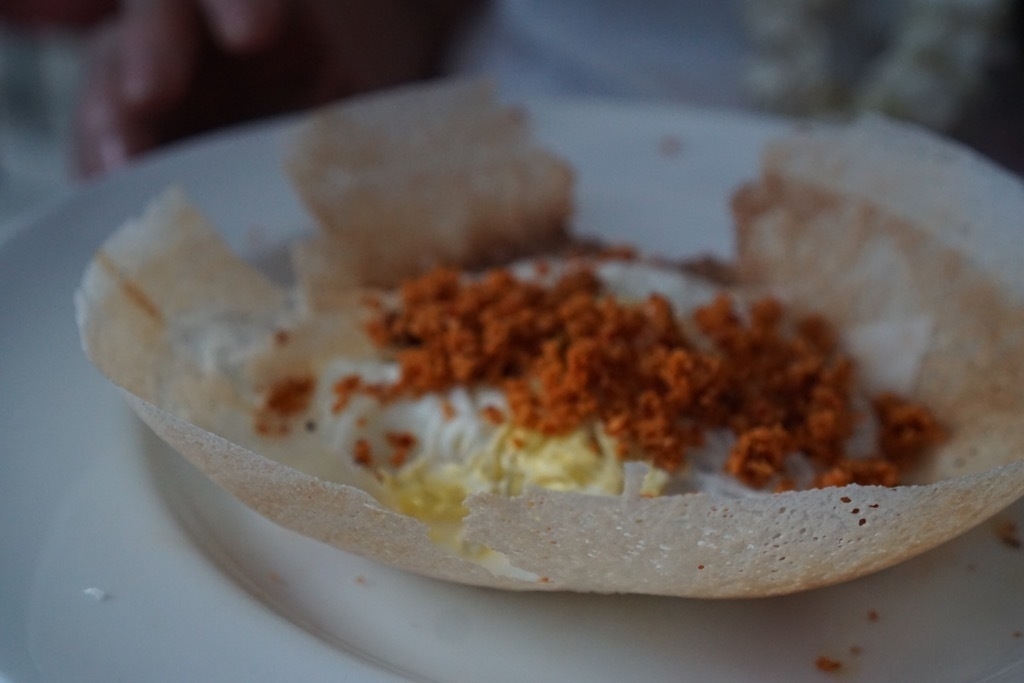