I awoke with heavy legs this morning! The plan was for Jane to drive me back across the river, retracing part of my ride from yesterday. Then, to drop me off so I could ride to the State Park. Sometimes things don’t go quite as planned.

A mile or two into the ride, maybe even less I noticed that I had a flat. Not so bad, I haven’t had any flat tires for quite a while now. So I pulled over to make the change only to discover that I had left my pump in the camper! Thankfully Jane was only a few miles down the road, and I had cell service. She came back with the pump and another tire and a bit later I was changed and on my way.

Less than a mile down the road I was flat again. Grrr… Maybe it was the tired legs, or the heat, or whatever but that was the last straw for me. On the phone again to Jane. “I guess I was not meant to ride today.” So back she came again. As I was waiting I took the whole tire off and once again felt inch by inch to see if I could find something. Finally I found a tiny sharp spine that had somehow worked its way through. I had missed it the first time around but not now. Still, when Jane got back I put the bike on the rack and hopped in the truck.

I sat there stewing and angry about flat tires for quite a few miles before I finally decided that maybe it was time to pull off, fix the tire and ride the rest of the way. 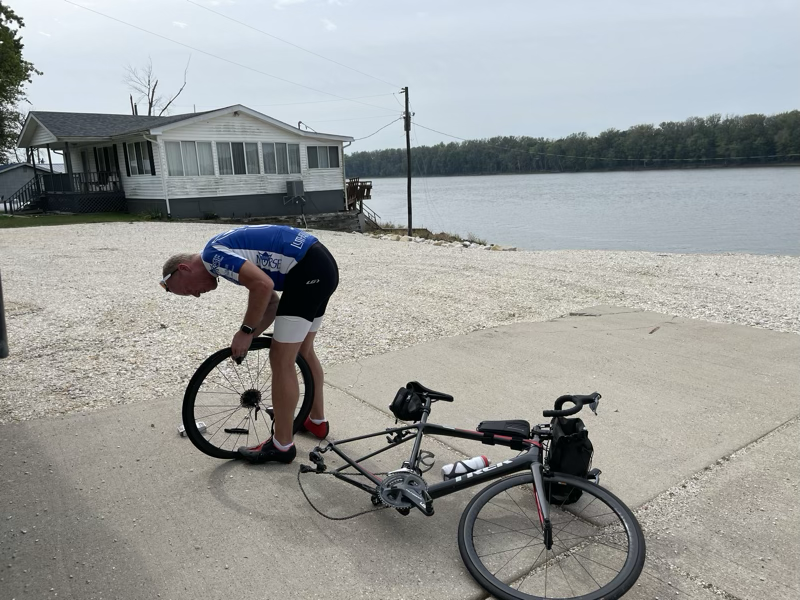 The first part of the abbreviated ride was from Hamberg, which was on some beautiful country roads. Here I am as Jane decided to follow me for a few miles just to be sure. 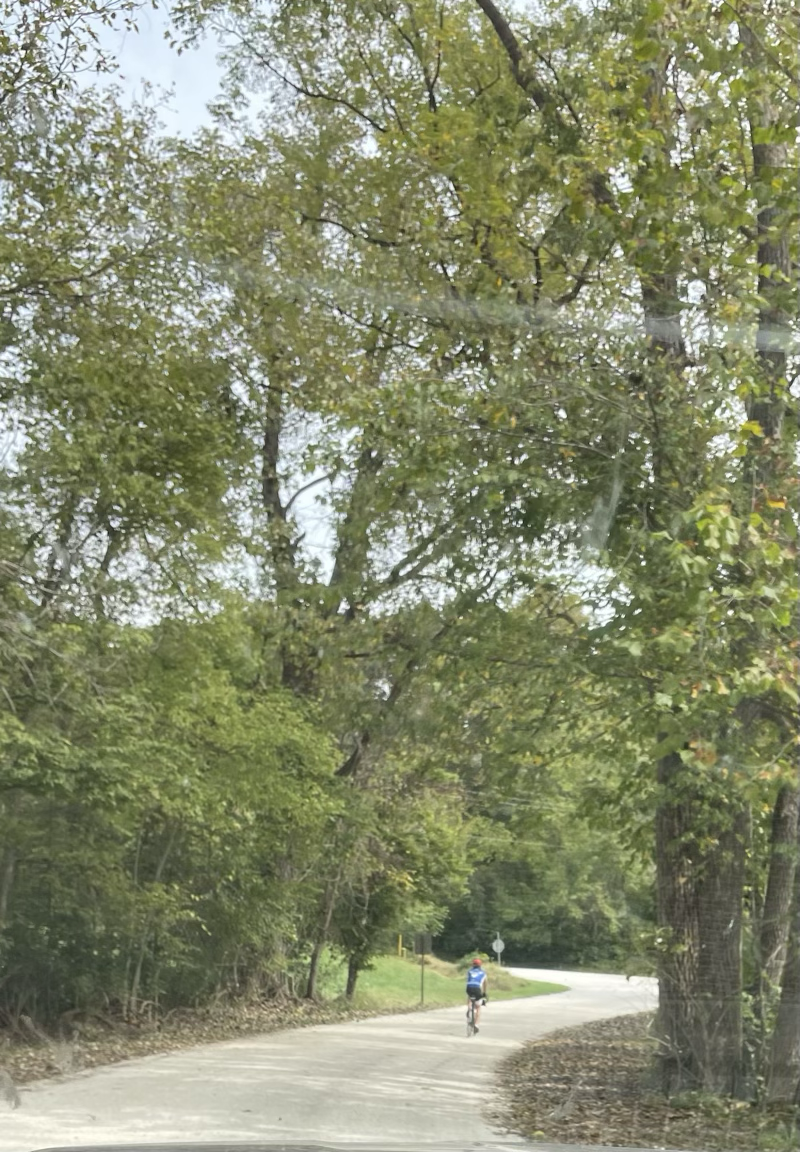 The second part of the ride was along a pretty busy Illinois Hwy 100. Not so great, but here I am crossing the Illinois river about 15 miles short of Pere Marquette State Park. 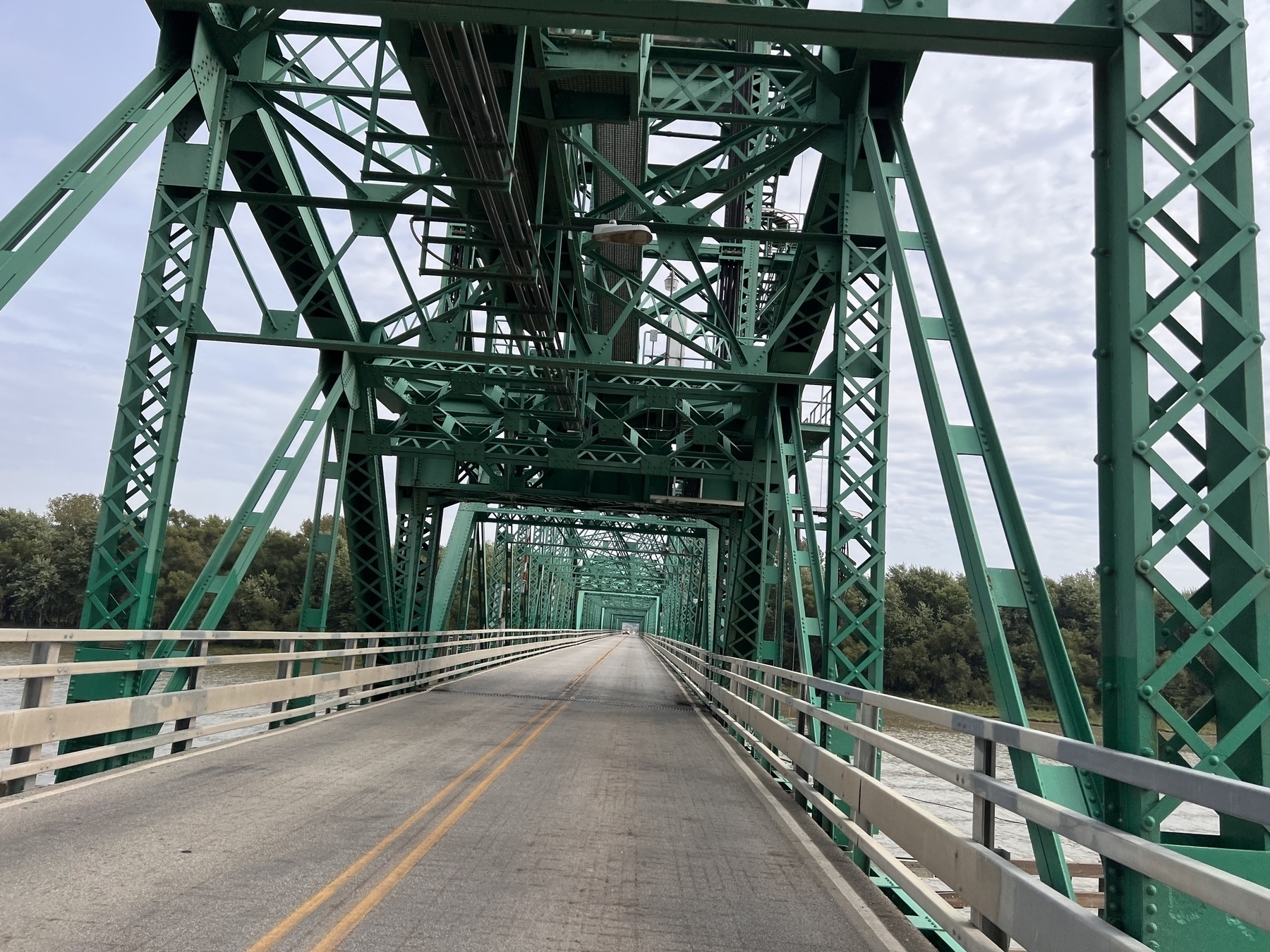 We put the Instant Pot to work to make some ribs which we finished over our campfire and some cheesy rice. Tomorrow is scheduled to be a day of rest.