The first couple of days in the park we visited a lot of thermal features I’m going to take them by feature rather than going in order. We will go from most boring to least boring. As a bonus for sticking with us you will get to see wildlife photos.

Let’s begin with Fumaroles. You might think these sound like some nice Italian pastry stuffed with sweet cream filling, but you would be wrong. Fumaroles are gas vents. And when I say gas I mean sulfur gas. You can encounter these things all over the park and you usually see them and hear them before you actually get to them. 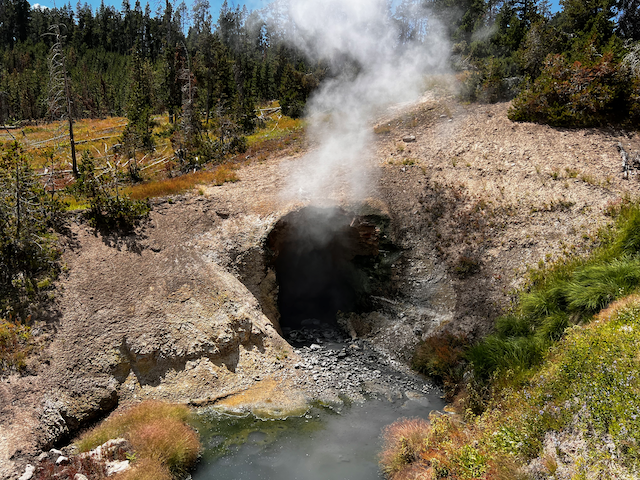 Next on the list are the mud pots. Mud pots are boiling pools of, well, mud. In the springtime when there is more runoff and rain they tend to be kind of thin, but by late summer and early fall they are very thick and muddy. These are also quite odiferous, but kind of fun to watch them bubble away and spew mud into the air. 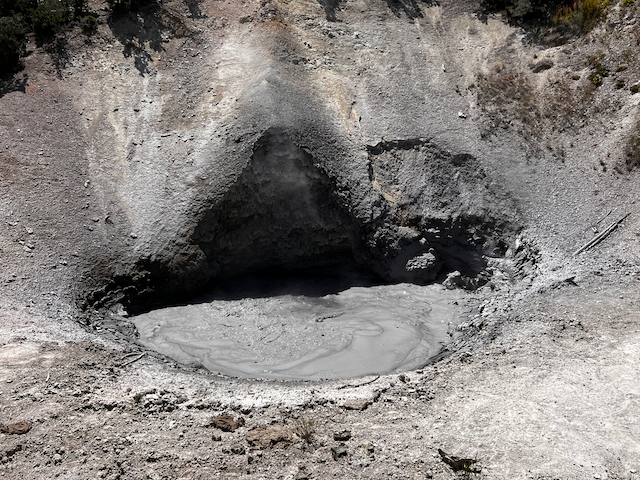 Third are the thermal pools. These can be quite beautiful actually. They look like they would be wonderful to sit in like a hot tub. But they are actually way too hot for that and their PH is quite acidic. They also contain lots of interesting kinds of bacteria that only grow at higher temperatures. In fact the colors in these pools are from mats of bacteria that thrive at different temperature levels. Not only are they pretty, but they are scientifically useful in that they help make DNA replication much faster! 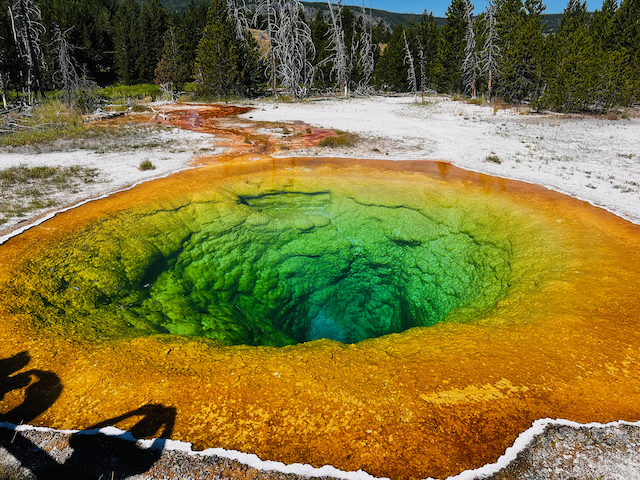 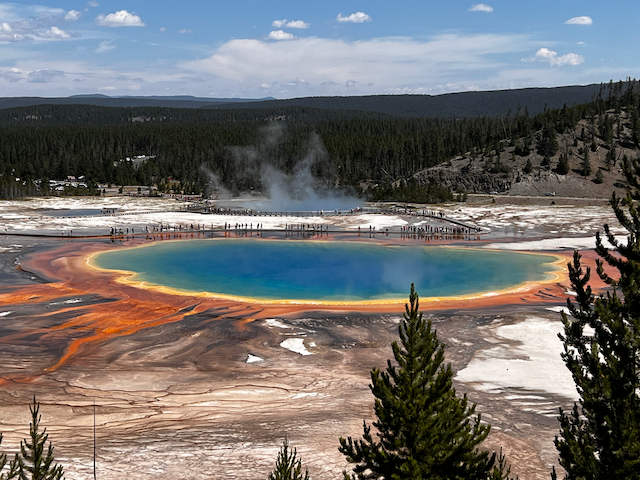 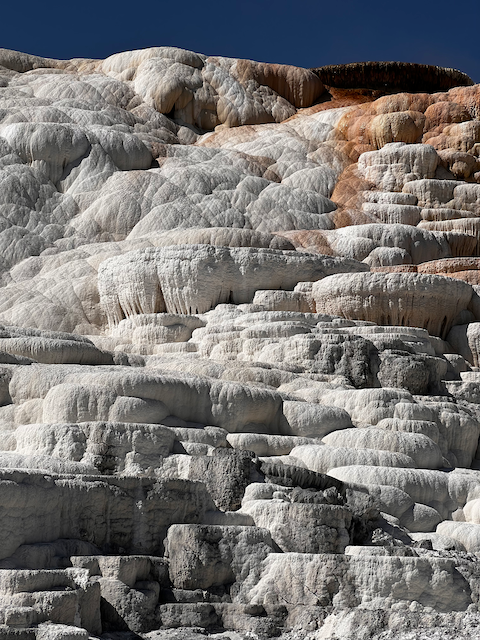 This pool deserves some special mention. It is right in Lake Yellowstone. It gives anglers the option to catch their fish and cook it without even taking it off the hook. It is called the fishing cone. 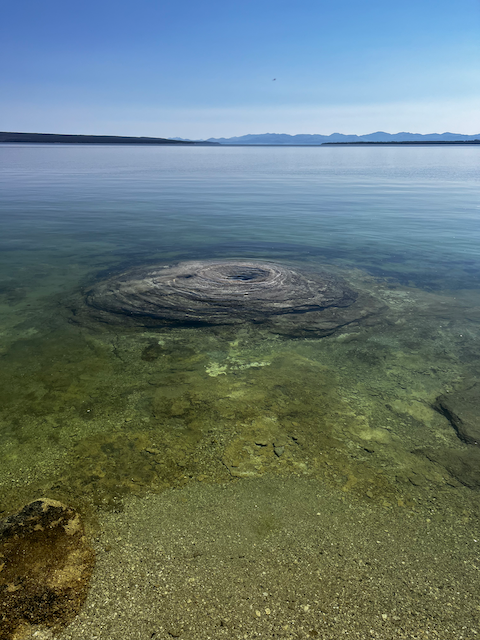 Finally, the most famous and dramatic of all of the features are the Geysers. Geysers are especially fun when they erupt. Old faithful, here at Yellowstone erupts every 35 minutes to 2 hours. We enjoyed seeing old faithful twice, once from a viewpoint up on the hill quite a ways away, and the other time right up close. We also witnessed several other smaller eruptions and different geysers around the park. 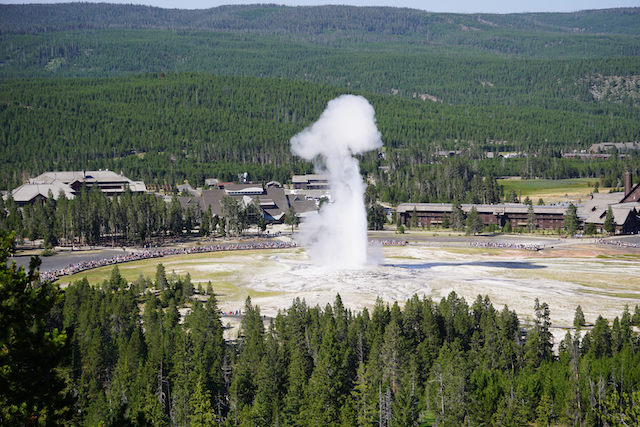 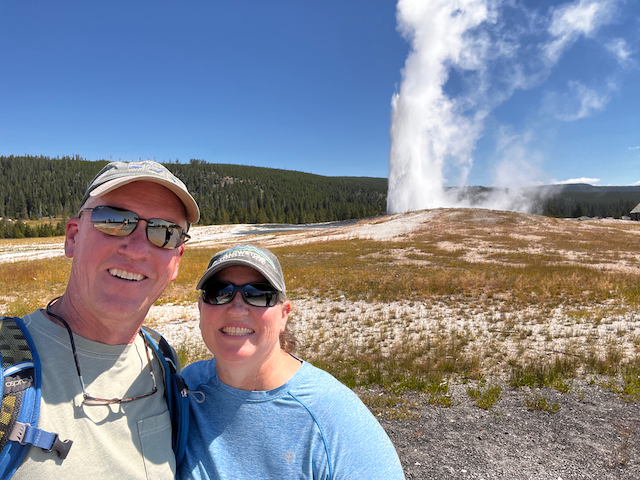 OK, you made it this far, here are some animals. By far the animal we have seen the most is the Bison. We have seen them in the field, near the road, on the road, rolling in the dirt, everywhere. We did not pet them. We also saw this nice herd of Elk in the distance. But no bears. We did get to observe some black wolves, but trust me they are so far in the distance that they don’t really make for sharable photos. We also saw a coyote out on the road in the middle of the day, which is quite unusual. 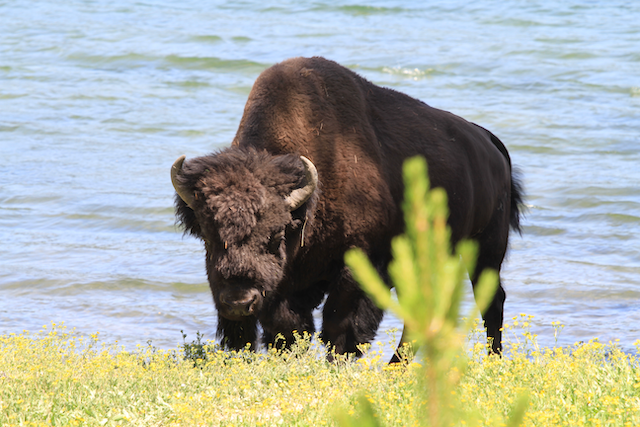 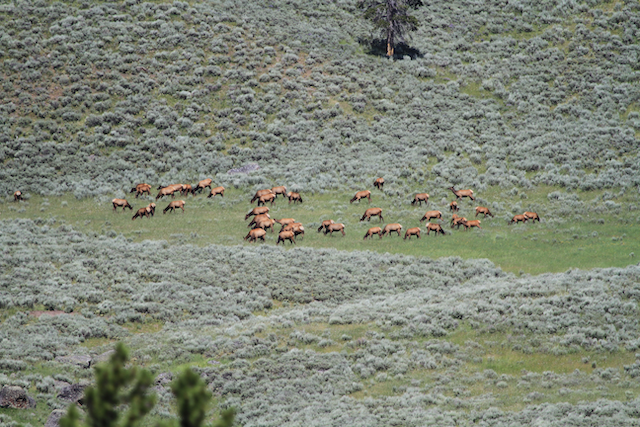 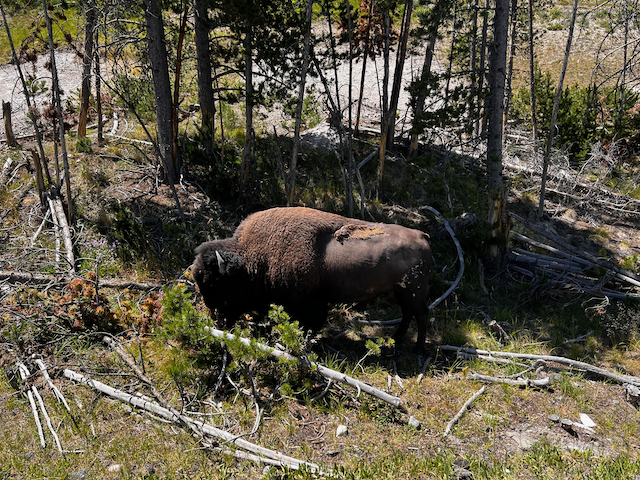