private beach with no neighbors

After piloting a 50 foot houseboat for an afternoon, I think I’m ready to give cruise ships a try! It’s probably not that much different… 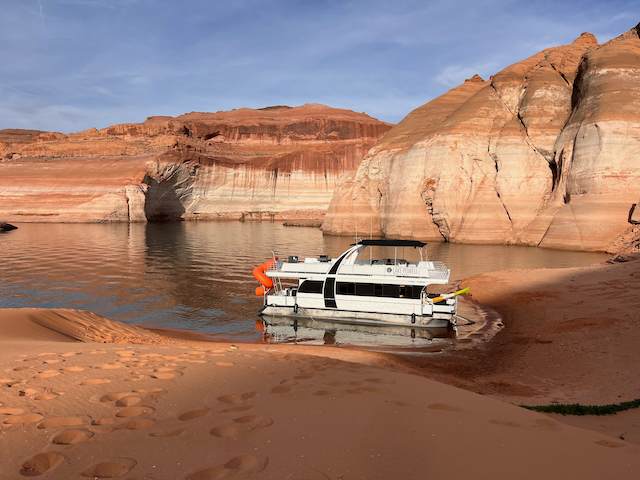 We arrived at the rental office and looked down, down, down the hill past where the water levels have been for decades down to the lowest point since the 1960’s. At the various marinas the self serve boat landings end 50 feet above the water level! That is gonna be a long way to schlep all this stuff was the common sentiment among our group.

Luckily the checkin process went much better than we were expecting, and after our orientation on the boat our person had a gator with two wagons attached to ride up the hill and fetch all of our stuff! The houseboat itself is a wonder, and much nicer than we were anticipating! There are lots of little details to remember about running the generator to charge the batteries, what things run on AC power and what things run on batteries with the inverter. For the most part you don’t really have to worry too much. We have just started the generator at the times we want to cook and while we are cooking the batteries get recharged. Plus there is a nice gas grill on the top deck for cooking as well.

Once we had everything stowed we were ready to get under way. They give you surprisingly little training for driving a giant boat, but one of the guides kindly accompanied us out of the harbor, watch over my shoulder and sharing a few tips for steering. The bottom line is that you don’t turn a houseboat on a dime, you need to anticipate and not oversteer. 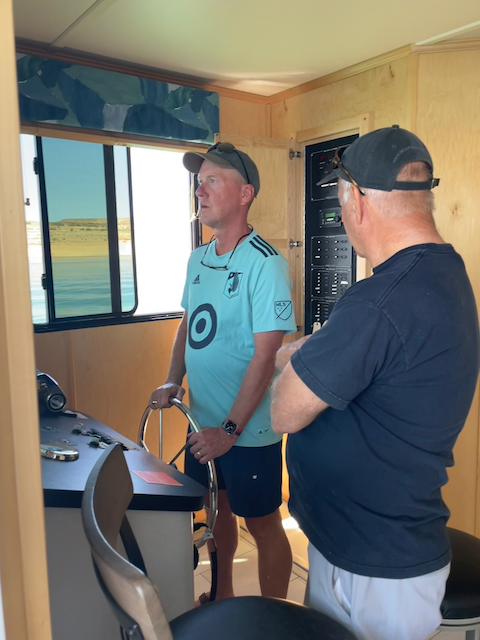 Next stop was the Wahweap Marina, below the lodge, for some reason the kayak rental place we used cannot deliver to the boat rental place. So I already had to figure out how to go and dock this big thing. The pilot helping me out seemed very skeptical about the whole idea. “Maybe they can just bring the kayaks to you in a boat?” Despite his lack of faith I did find a place to dock and we got the Kayaks loaded and headed on our way. The general consensus was that Navajo Canyon was our best bet for finding a place to beach the houseboat. So off we went! 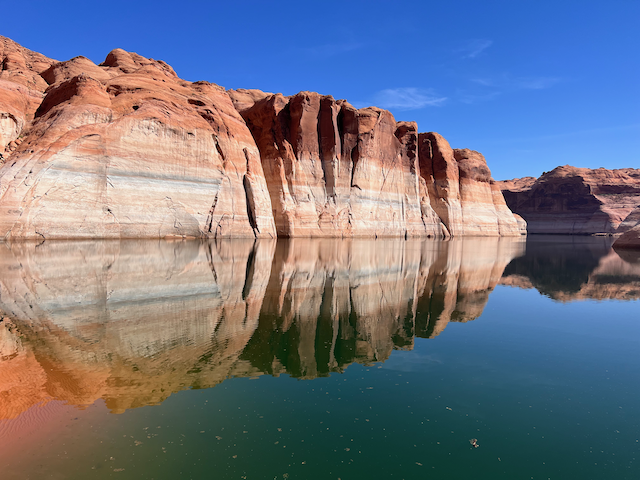 Part of the way back into Navajo canyon we found a magnificent spot! It was clearly a spot recently used as the holes for the anchors were already dug in all the right spots for us. So yay! That saved us a bunch of work. We may stay here until we have to leave on Sunday. We are truly disconnected here, no cell service at all, no WiFi or anything. Hopefully all is well in the world! 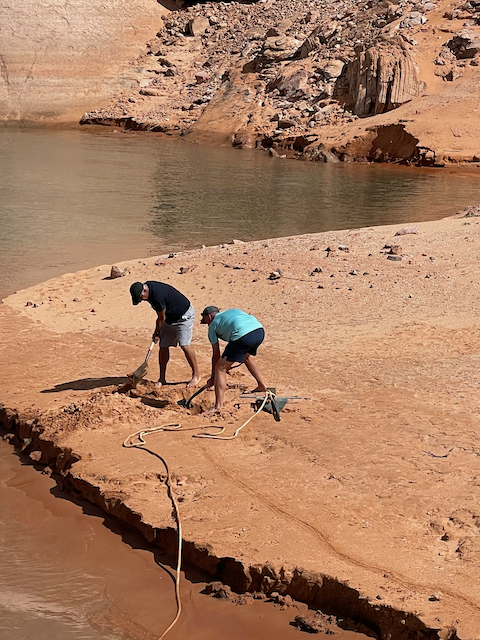 Ann and Jane did a little exploring in some nearby coves! 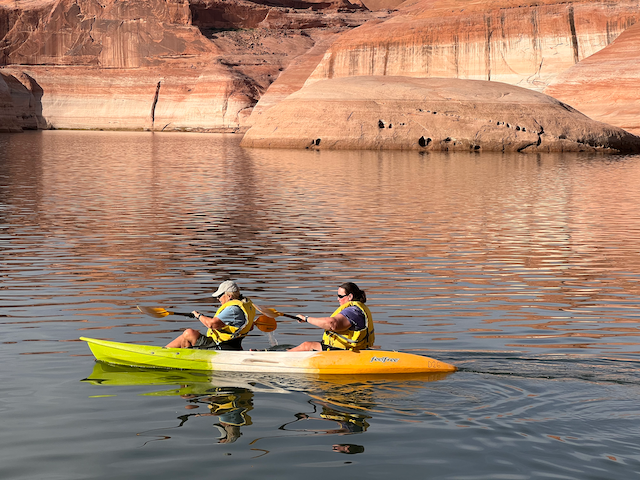 After a dinner of Peruvian Chicken we taught Ann and Jerry to play a new game. Before retiring for the night we all went on the top deck and lay face up on the mats — STARS — a clear sky and no light pollution makes for a spectacular view.