End of the Line - Riding the Delta

Yesterday was the official end of my Mississippi River ride. I rode way out on the delta to Venice, or the southernmost strip of land in the state of Louisiana. A few parts of the ride were scenic but a lot of it was still just along the highway. Thankfully the traffic heading out that direction is pretty light, so even though it was a four lane road I could have one lane to myself.

I got off to a bit of a rocky start as I thought I was just going to follow the highway, but a mile into the ride I checked the map only to discover I was off track. So I did a U-turn and headed back to my missed turn onto a nice side road. After a mile or so on the side road I could see a bridge ahead and the dreaded orange highway signs. The bridge was out! My only option was to go back to the highway I had left and continue as I thought! The highway bridge

Miles later, and just a couple miles short of the end I could see our pickup sitting beside the road. Jane was waiting for me to give me the news that the road ahead was under water. Not deep, but definitely not bikeable. 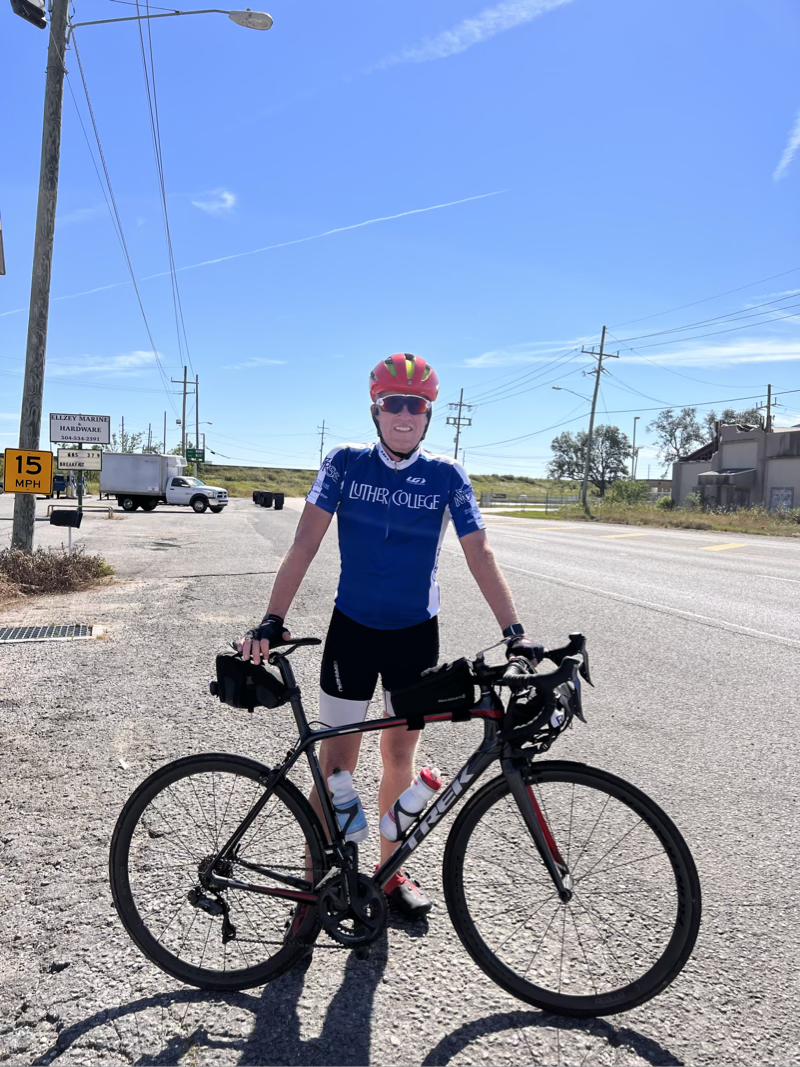 So we put my bike in the bed of the pickup, and fittingly drove the last two miles to the southernmost point in Louisiana where I did pose for my final photo op. 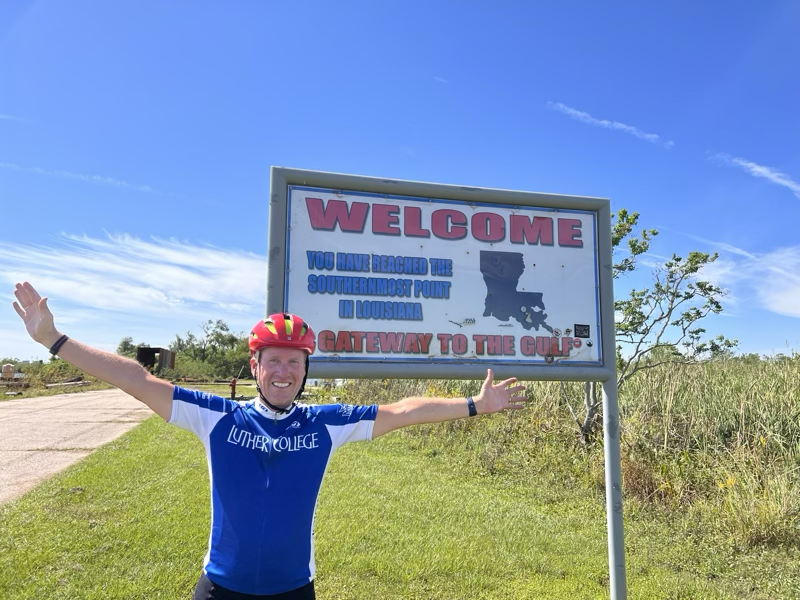 To recap, Jane and I covered 2,550 miles from the headwaters of the Mississippi at Lake Itasca to this pretty un-flashy finish line. I didn’t ride every mile of that but I rode the majority of it for sure. I learned a lot about the limitations of my body and the day after day grind of riding a long distance.

The drive back to our campground outside of New Orleans was pretty uneventful. We had to take a ferry across the river at the cost of $1.00. It runs every 30 minutes and appears to take about a dozen cars each trip. Definitely not a money maker when you consider the crew of three! 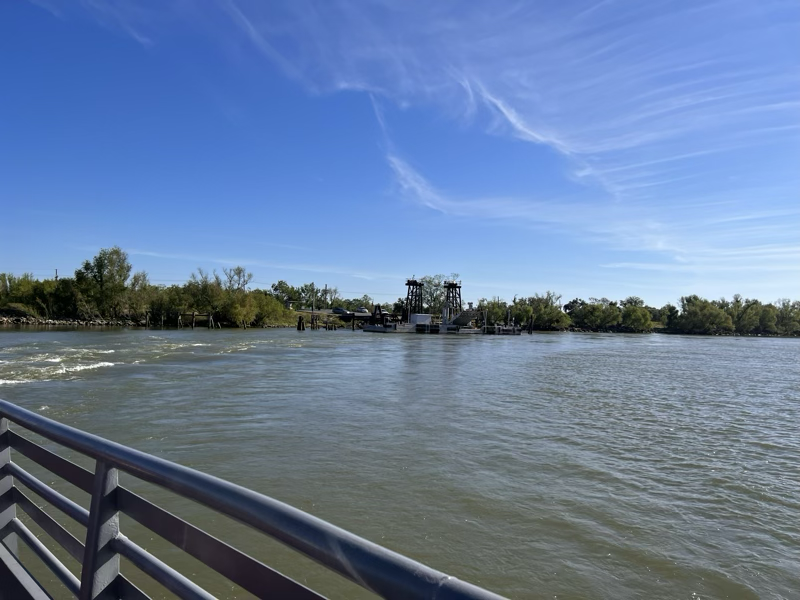 We really enjoyed looking at all of the large houses up on stilts! We even saw two entire high school buildings built on stilts! Very new, so we were guessing these schools were built with money from FEMA after Katrina. Here is a nice example of one of the fine houses we saw. 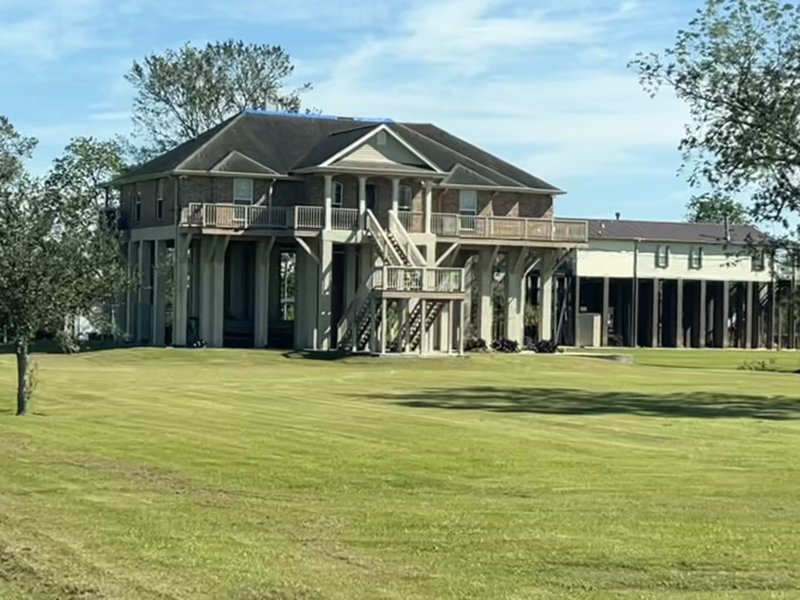 As I write this we are about an hour away from our campground in San Antonio! We have covered more miles today than we would do in a week while I was biking! We left early this morning under the cover of darkness and its been quite a trip. The severe weather that is affecting the entire country made no exception for our day of travel. We had to pull over to a rest stop outside of Beaumont Texas to wait out a severe thunderstorm. It was an early lunch but it worked nicely to park in between an 18 wheeler and a fifth-wheel camper.

We enjoyed 3 fun nights in New Orleans which I will cover in a separate post! We have about a week of travel left before we arrive in Indio with more adventures yet to come. We are looking forward to a visit to the Alamo tomorrow and some of the great national parks in the state of Texas.