02 Bemidji to Brainerd — My First Century

02 Bemidji to Brainerd - My First Century 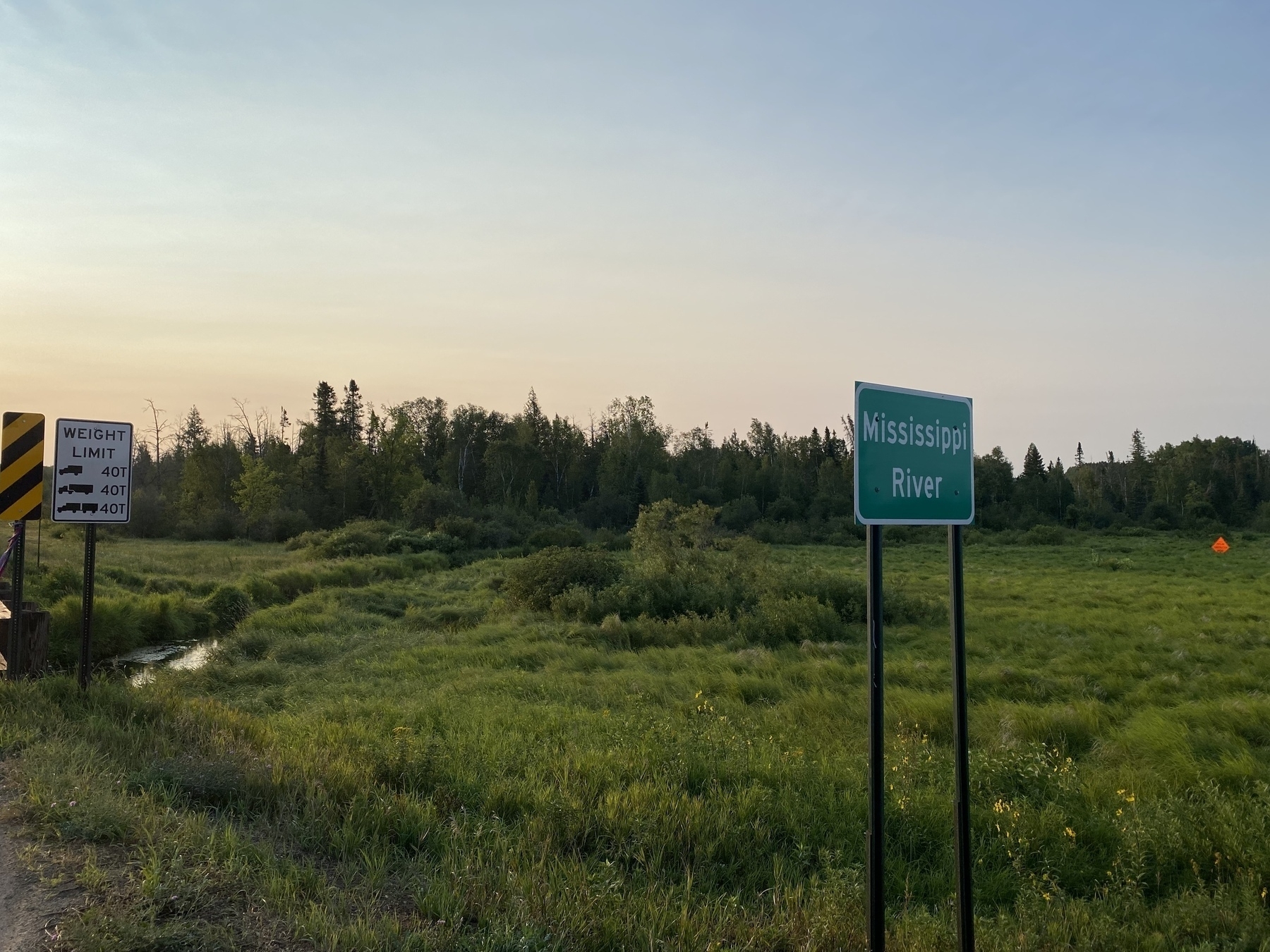 Today began bright and early with a 6:40AM departure from our campsite at Lake Bemidji State Park. The temps were cool, and a stiff breeze out of the south kept me feeling good. Later I would come to appreciate that breeze less and less and the temperatures rose and my legs got more tired. Early in the ride you cross the Mississippi as it exits from Lake Bemidji. 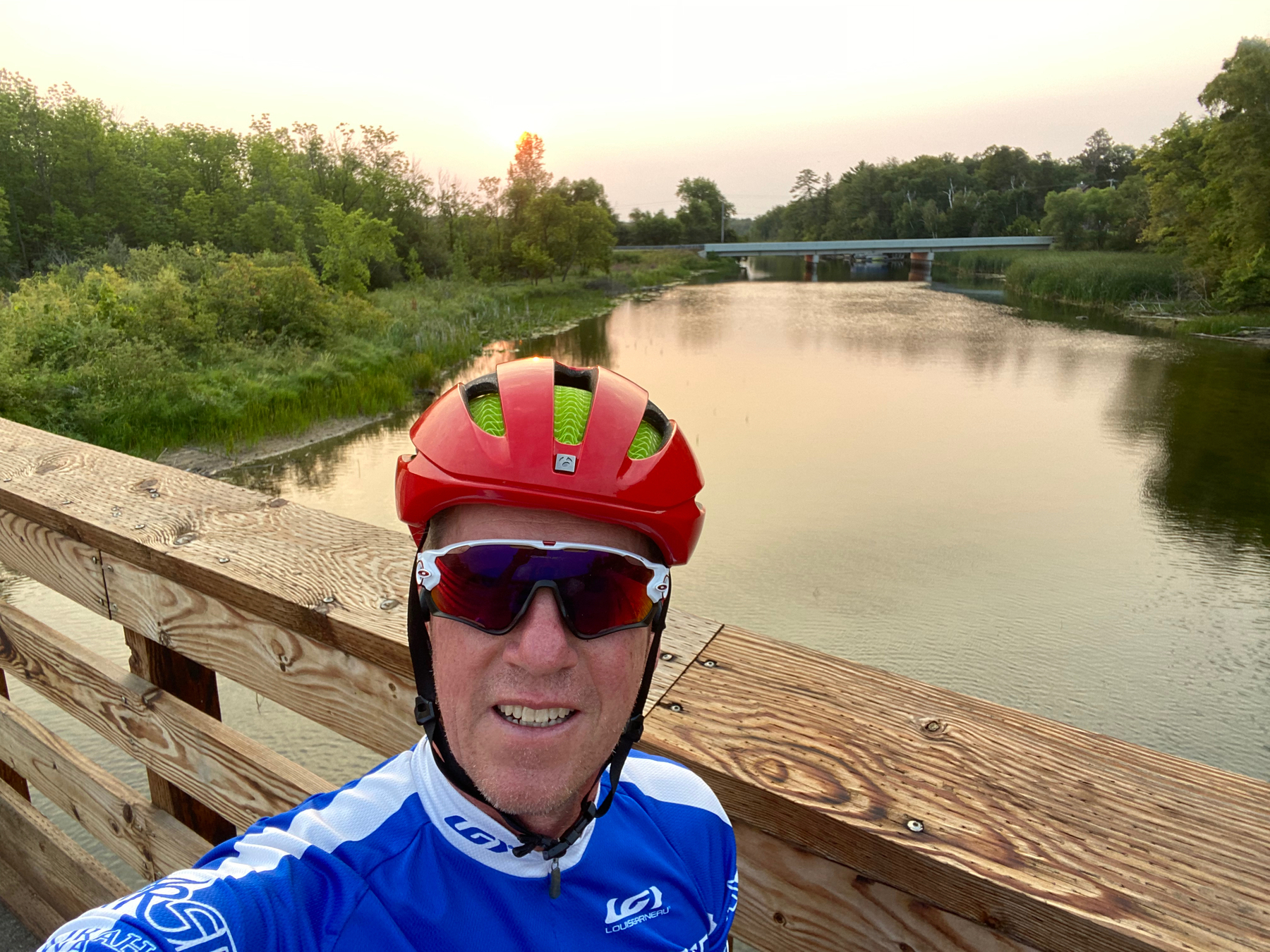 After that, the Paul Bunyan trail does not cross the mississippi like the Mississippi River Trail, but is an official alternate for the MRT, almost all of is on abandoned rail beds and is pretty flat. Everything was very pretty with the morning light. 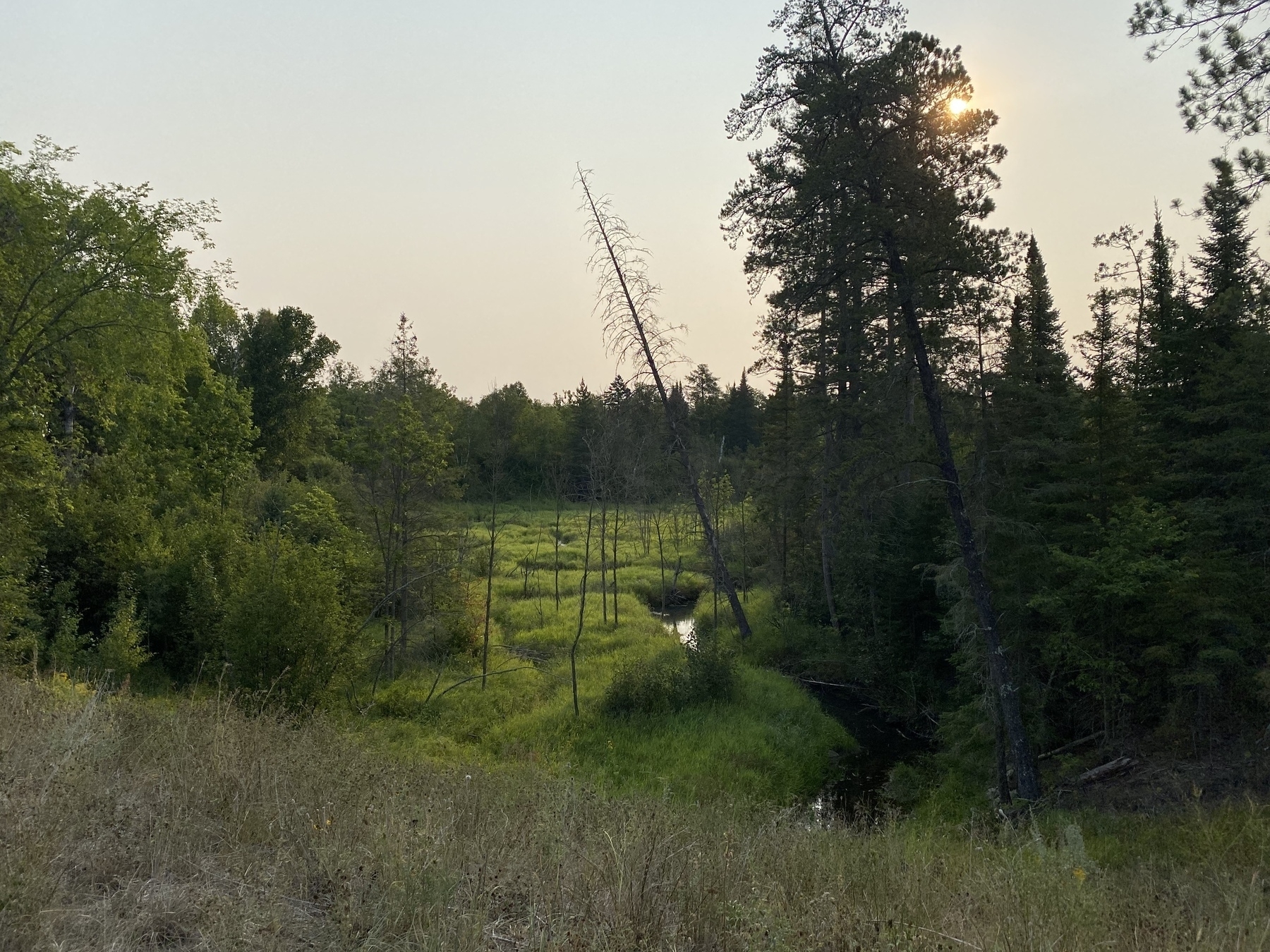 except for one section around Walker (about 50 miles in) that was not very flat, and came at exactly the wrong time in my ride.

At the 79 mile mark Jane was waiting for me with Lunch! It was about 20 miles further than I was ready for it, but that is part of what this first leg of the journey is about. Figuring things out, learning what gear we need and what my limits are.

After lunch my legs were still feeling tired, and the wind kept getting stronger and stronger out of the south. Also less of the trail was tree lined so that made the breeze and the sun both stronger. 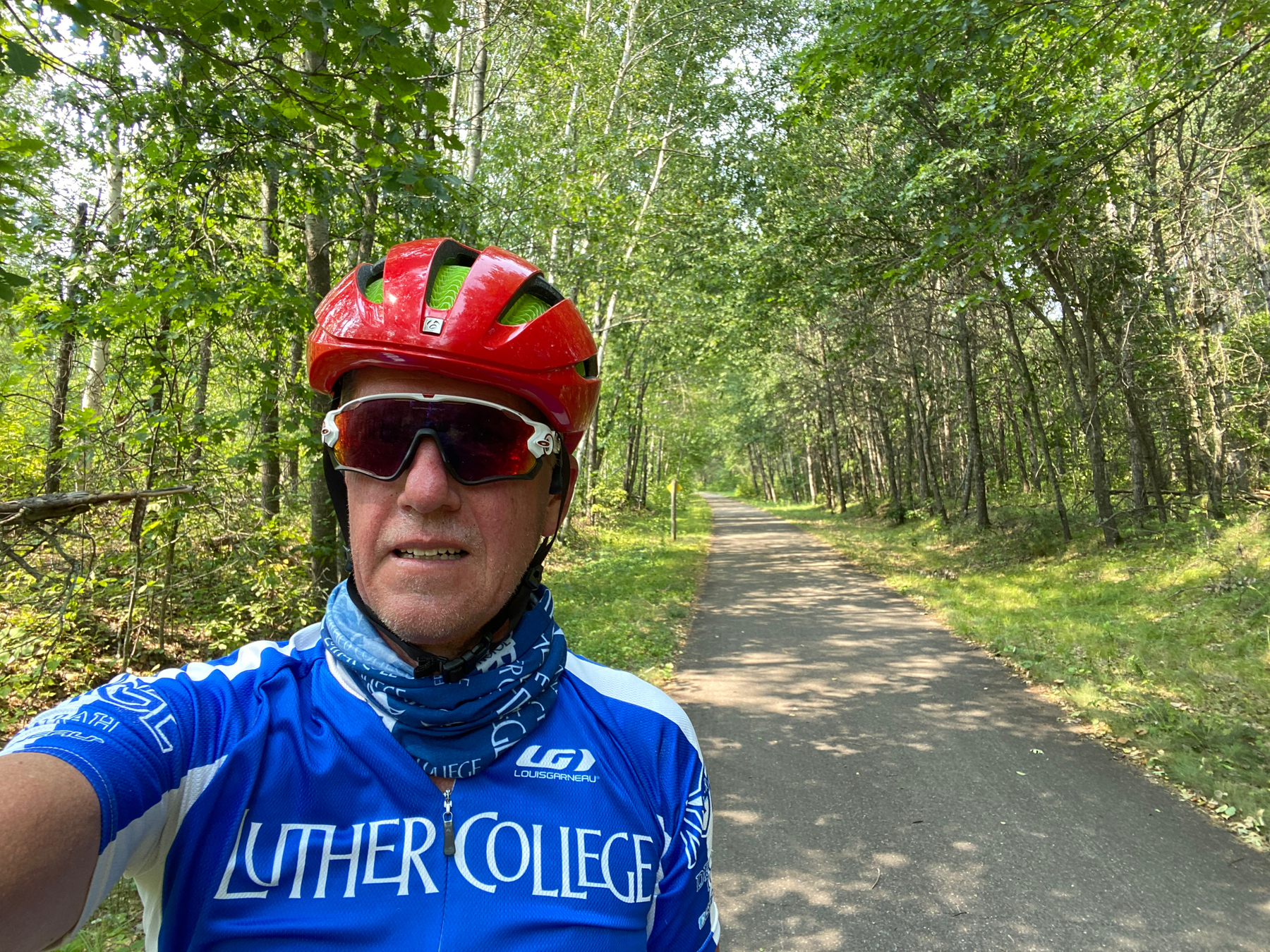 Unfortunately after making 100 it was clear that I still had at least 20 miles left to go. At that point I knew I could make it to Brainerd, but I was probably not going to make it to our campsite south of Brainerd for the night. That is why we have the truck!

Now I’m sitting in the camper writing this post and encouraging my legs to recover their strength for tomorrow. Tomorrow and Thursday are much shorter 68 miles tomorrow and 58 miles on Thursday. Should be a piece of cake!