Today we got caught up in a traffic jam in the middle of the Yala National Park in Sri Lanka! But it was for a good reason, a Leopard. After many hours of bumping around the jungle in a jeep and seeing lots of different animals we still had not seen a leopard. We really didn’t expect to as it was hot and the middle of the day. Most of the sane leopards were hidden away napping on tree branches. We knew that something was up as soon as our driver hit the gas pedal. We had learned over the course of the day that when he sped up and started driving like a madman it was because some other driver had seen something cool and it had come down their phone tree. How they tell each other their position out there is something only they know, I think, as there are thousands of paths and zero road signs.

After a few minutes of flying along we ended up at the back of a very long line of jeeps going nowhere. initially the word was that it was a crocodile, which didn’t seem all that likely as a croc would not attract this much attention. Eventually we learned that it was a Leopard! What a bonus that we were actually going to see one. After nearly a half hour of inching forward one car at a time we were pointed in the right direction by several of the guides who were standing by the side of the road trying to keep everyone moving. It was quite far in the distance but I did get a great view of it with the binoculars. Unfortunately it was too far away for any kind of recognizability unless you really zoom in like below. 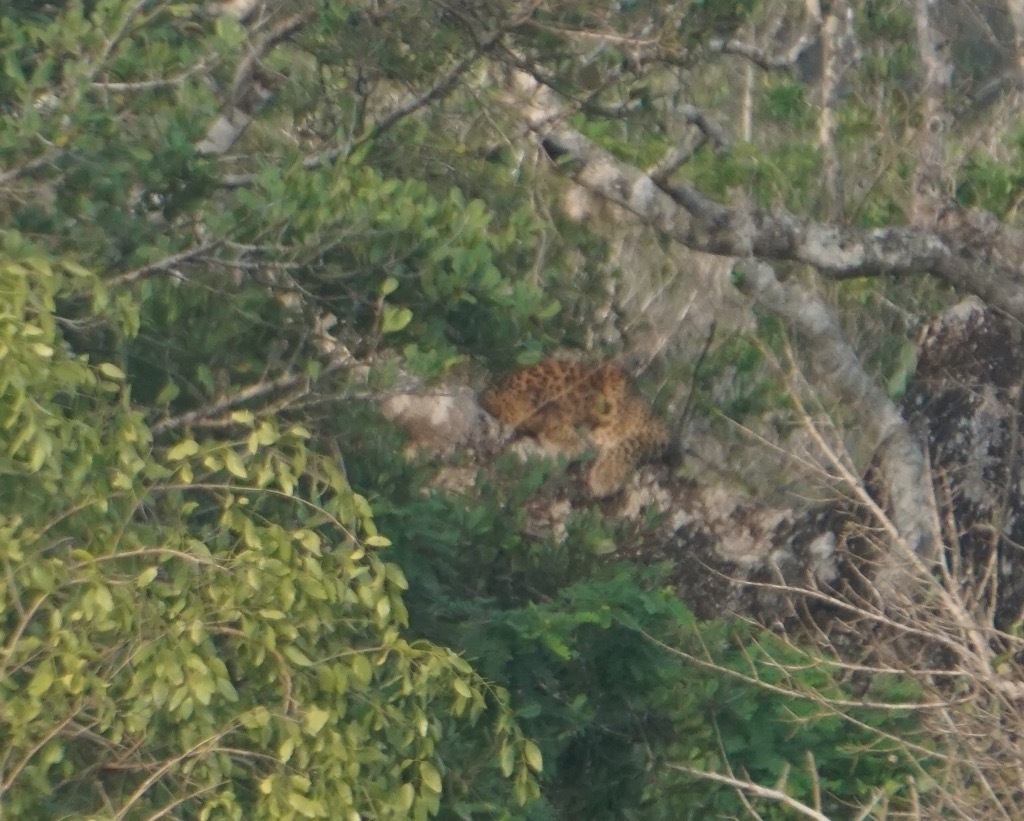 Not everyone in the Jeep was so lucky and we learned a good lesson about traveling with tired and crabby people. The poor driver was just doing his job and following instructions. But after six hours in a jeep in 90 degree weather, it was a bit much for one couple who had been bickering with each other all day!

The following is a gallery of some of my favorite photos taken during the day. Enjoy! And if you ever get to Sri Lanka I recommend you plan a day like this.