We took an (overpriced) cab from the docks up to the Radisson Plaza where we met our instructor for the day along with a bunch of (much younger) cooking enthusiasts. Our instructor, AyÅ Ä±n, was phenomenal. She had a great sense of humor, and great timing in everything we did that day. We started out with a walking tour of her neighborhood to get a sense for the kinds of small shops that people use today in modern Istanbul. When we arrived at the cooking school this was all set up for us. 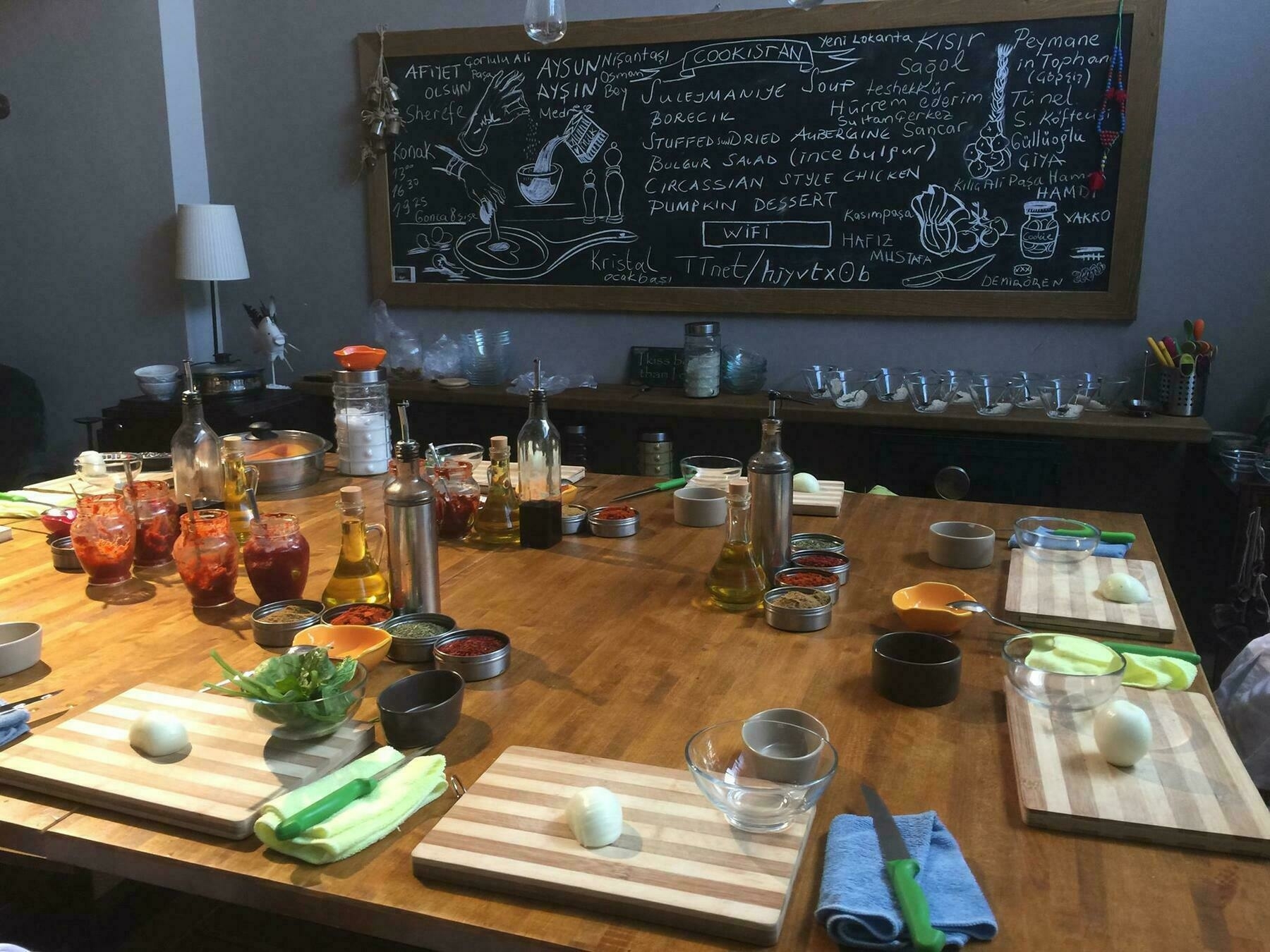 The menu for the day can be seen on the chalk board:

In a very small world moment you can see the young man in this picture with me, who works on the same team at Epic with one of my former students! 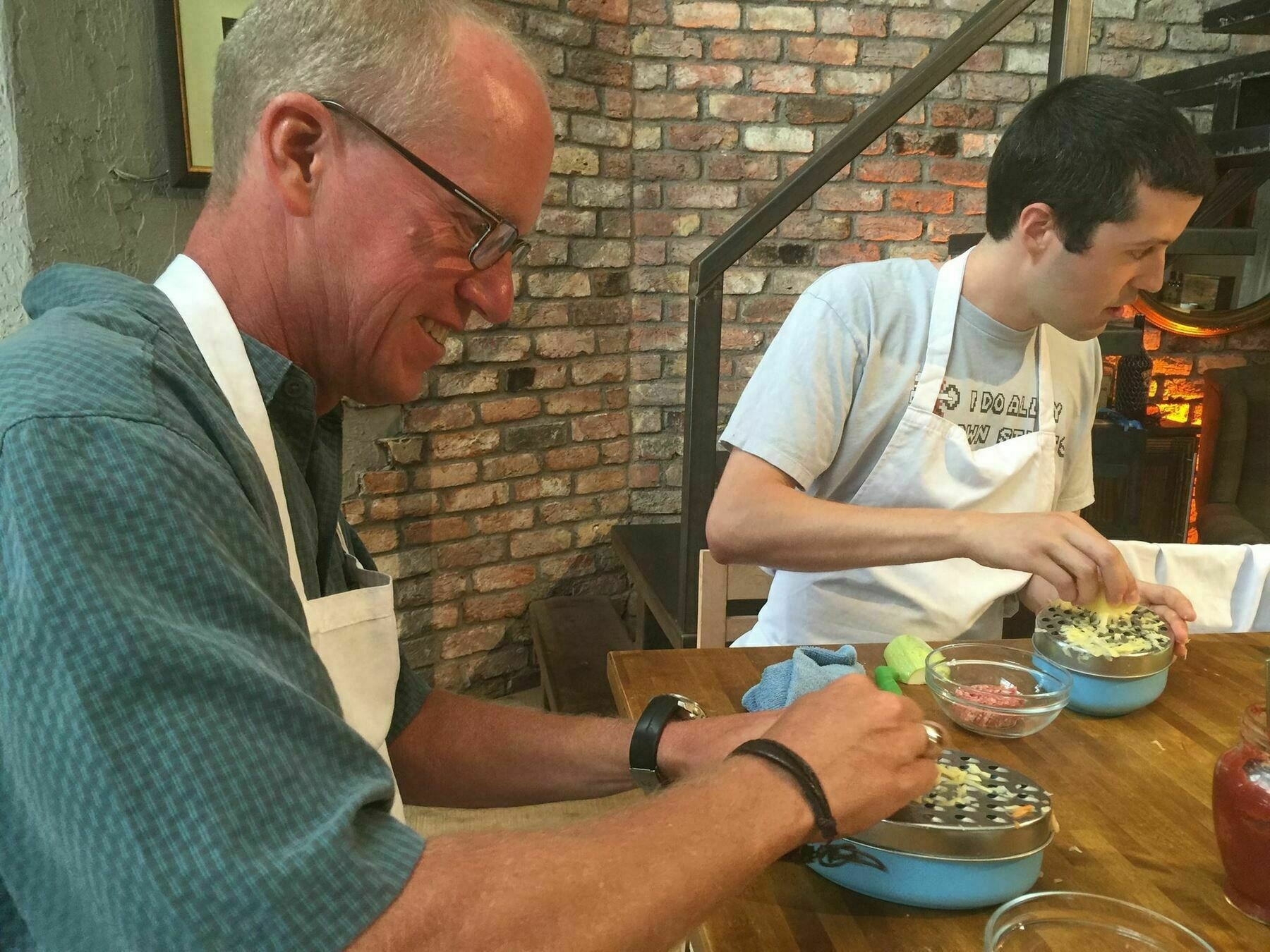