The cat, of all things, stole the show. Earlier in the day we had learned about the cats of Ephesus. Apparently the archeological team working on the excavation of the ancient city published a book, but it was about the cats rather than about substantial archeological issues. 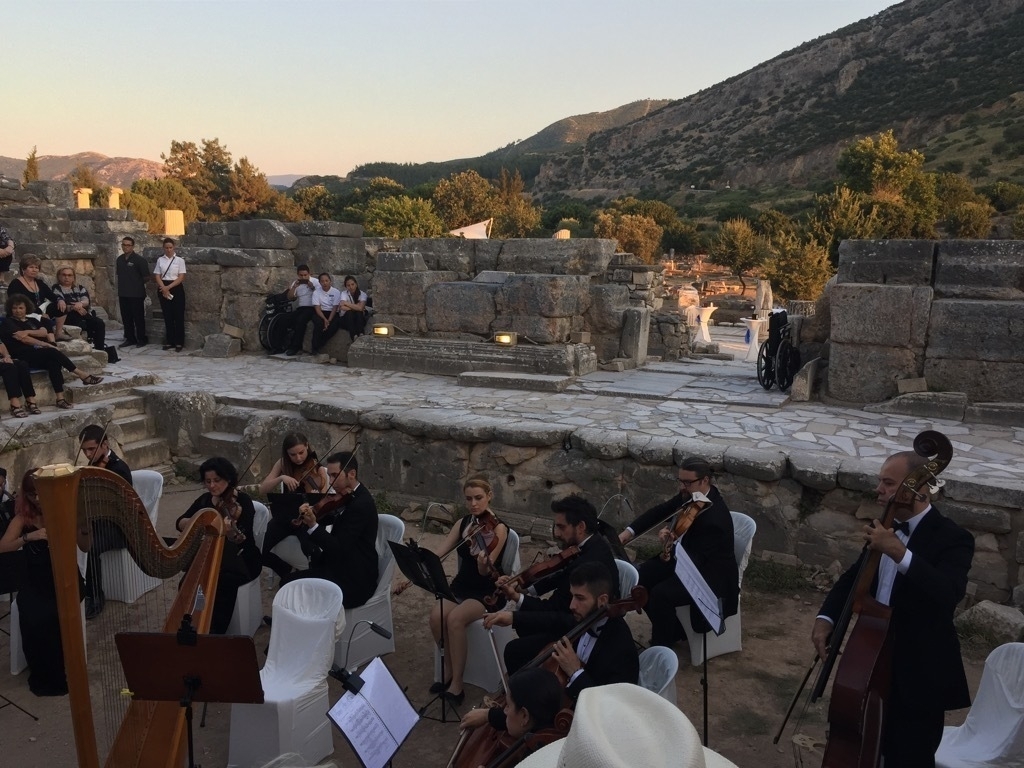 So, it was no surprise that when 500 of us had settled into the Odeon for a 13 piece string orchestra plus harp, that the cats decided to see what was going on. One of them decided it must have had front row seats, as it seated itself right on top of the stone wall front and center behind the orchestra. Then as the first piece started the cat started to meow. Loud enough that it could be heard alongside the harp. The orchestra got the giggles. The ship’s staff was mortified. Too afraid to grab the cat and drag it out of their they tried to call it (quietly) and the head of guest services tried to shush it! Really, you do not shush a cat. Now, I know this will come as a shock to some, but I am not a cat lover. I barely tolerate their presence. But this was stereotypical cat and stereotypical human behavior at its funniest. I only wish that I had been smart enough to video the whole thing because this is America’s Funniest Home Videos GOLD.

I guess the cat was mostly a fan of the harp, because it moved on after the harpist left the stage. From then on we could really enjoy the music and the small orchestra. The concert was definitely a greatest hits type of concert: Bach: Air, Boccherini: Minuet, Mozart: Eine Kliene Nacht Musik, and Brahms: Hungarian Dance No: 5. The GÃ¼Ã§an brothers stole the show in the final number with a Violin versus Viola duel that everyone laughing and cheering.

In between all of this great music was the realization that we were sitting in the Odeon theater of Ephesus. Built in the 2nd century AD we sat on the same stones that Marc Antony and Cleopatra may have sat upon when they were here. The Odeon was the center of city government, and cultural events in early Ephesus. With the sun setting behind us it was an evening we will not forget. 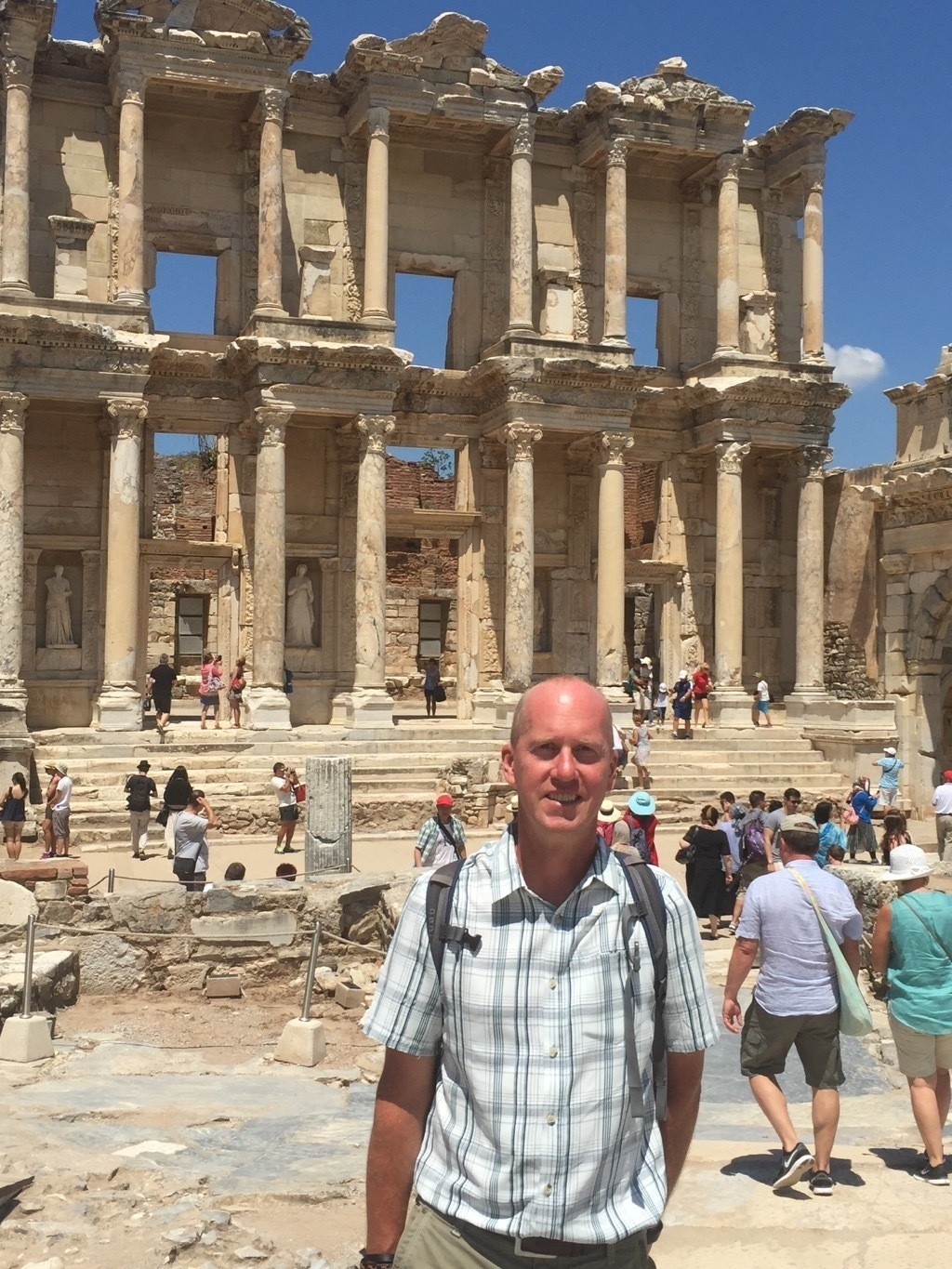 Earlier in the day we did a private tour of Ephesus and it was amazing. About halfway through the tour I turned to Jane and said, “I’m feeling a little bad we did not bring the students down here when we were in Istanbul.” Of all of the ancient ruins of ancient cities we have visited this would definitely be in my top three. The terraced houses, and the library (with its tunnel to the Brothel across the street) are just spectacular.

Our last stop of the day was at the temple of Artemis. There is just one column remaining but from there you can get a great view of this ancient pagan temple along with a Muslim mosque and the Basilica of St. John. Quite a combination.