A visit to the Kasbah

A visit to the Kasbah

Sometimes when you are travelling it is the unplanned things that can surprise you the most. At dinner last night we decided to stick around town this morning and visit the Ksar (fortified city). At breakfast, Mohammed, the owner of the Hotel Bagdhad Cafe was happy to line up a guide, also named Mohammed, for us at the last minute, giving him an unconditional recommendation as the best guide in town. As it turns out he may very well be. Mohammed is part of one of eight families that still live in Ksir Ait Ben Haddou, a very old city that is also featured in several movies including Jewel of the Nile and Gladiator. 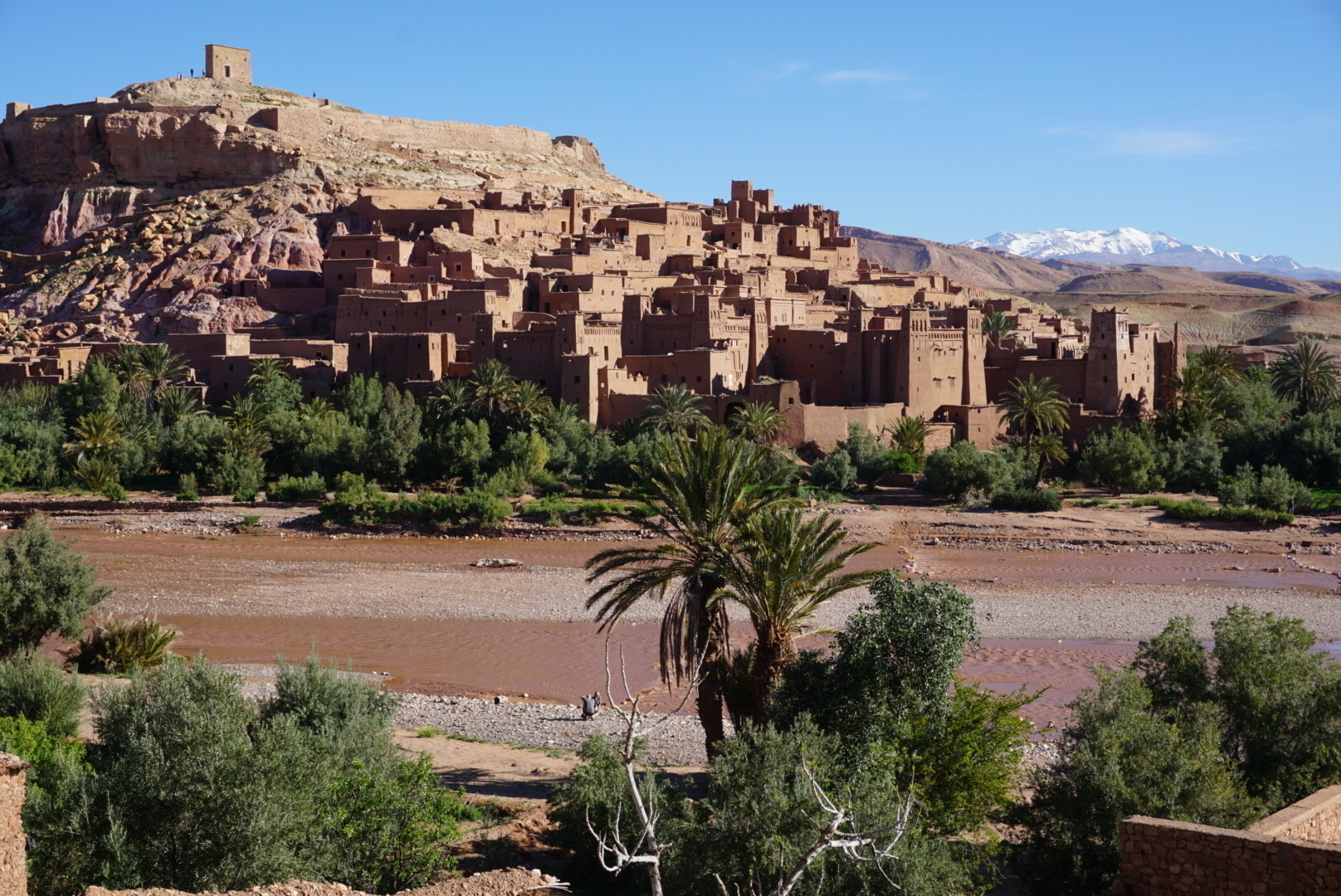 The houses in the Ksar are made of big clay and straw bricks for the very practical reason that they keep the temperature down to a comfortable level even when the outside temperature reaches 49 degrees C. Remember to convert that to F you double it which is already a warm 98 degrees, but then add 32! The Ksar is built into the side of a steep hill, so as we went up from the lower part of the town to the upper the views became more spectacular. 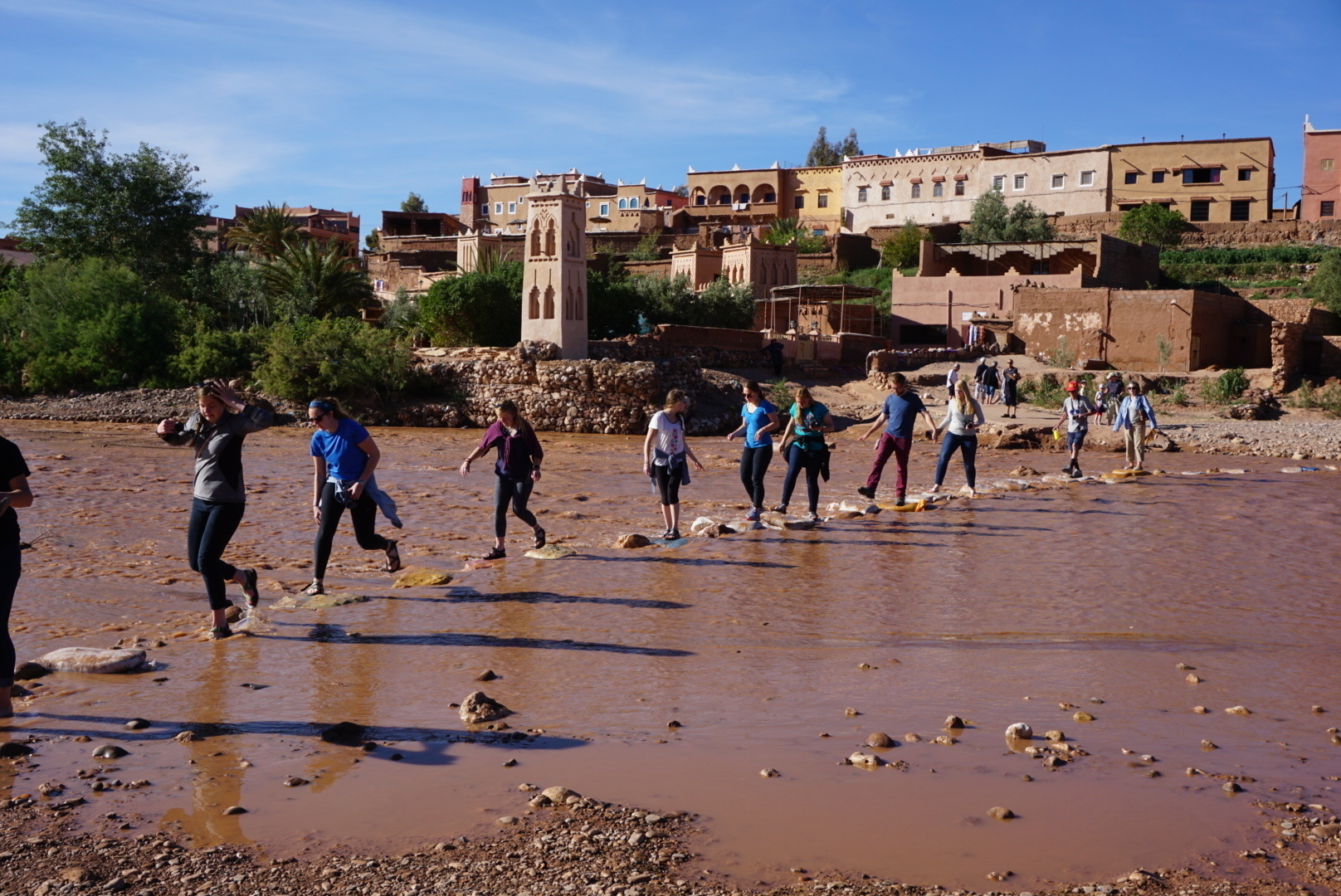 At about the midway point of our climb our guide stopped outside his own house. “You are welcome here” he said. This is a phrase we have heard everywhere in Morocco from many different people. It is a phrase that our guide has said to us as we enter each new city we are stopping in. It is a phrase I’ve been thinking about all day. It has a much different feel than “welcome to Fez.” it is at once more personal, more authentic, and in a place where we wondered whether we really would be welcome it is is quite comforting.

We had a stop at a local artists studio where he was painting with indigo, Saffron, and “berber whiskey” the green mint tea that you get everywhere in Morocco. The interesting thing about the tea is that it is when you paint with it it acts like invisible ink. You can’t see it until you heat it up. So he paints the picture and it looks like there are pieces missing until he holds the picture over the flame and reveals the finished work. At only \$5.00 a painting many in our group bought a picture to remember this part of the trip by.

Towards the end of the tour we came upon a mosque which is still in daily use. Right next to the mosque was a synagogue, no longer in use. The history of the Berber people is very old, and interesting. At one time the majority of the Berber’s were Jewish, then for a time the majority were Christian, but now they have been Muslim for a long time. We’ve heard a similar story about the Maltese, although they are now Christian. This change in religiion does not happen over night, of course, it happens over generations. The result for the Berbers is that they are peaceful, and very tolerant. 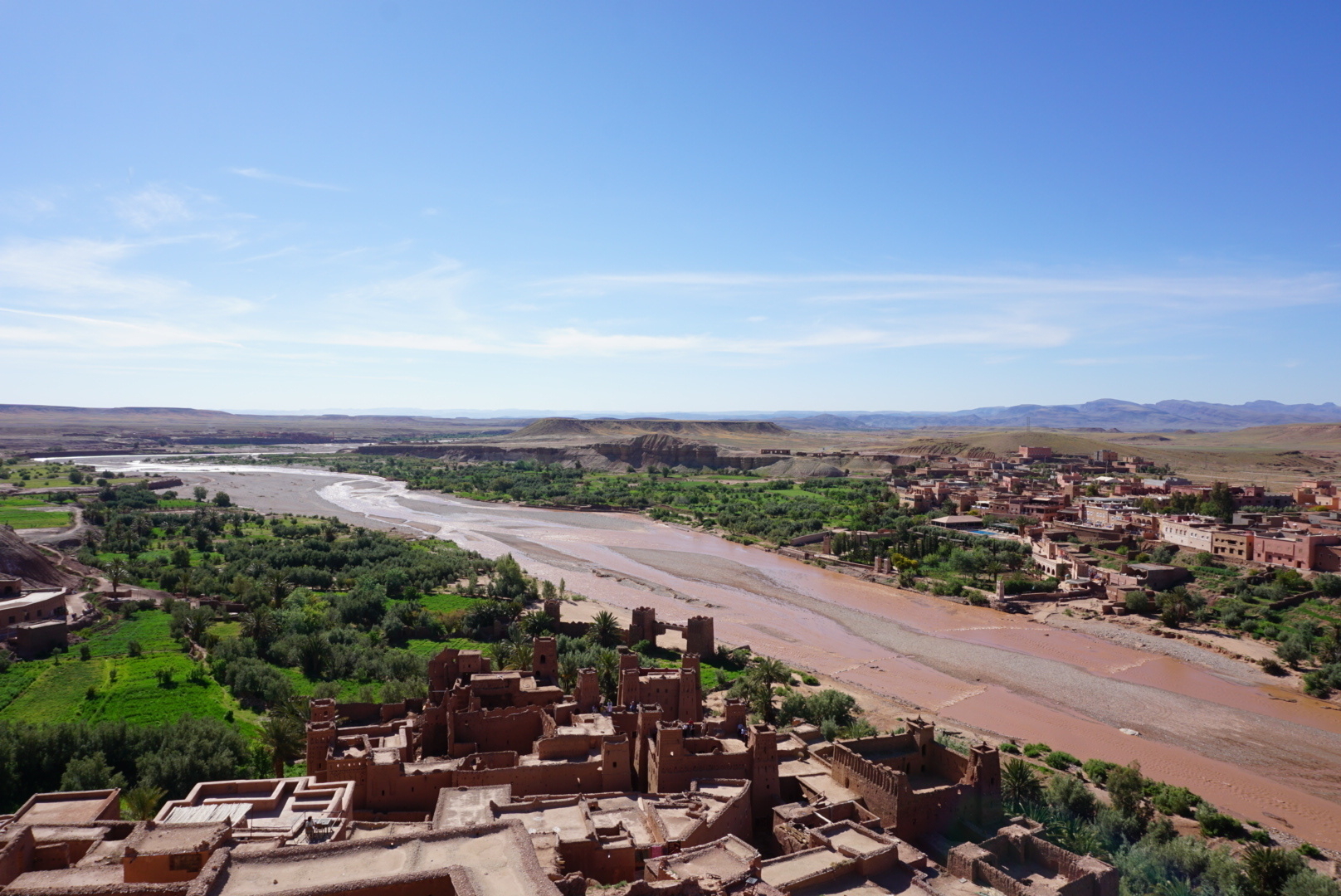 We want to get along with all people our guide told us. He went on, the problems in the world today are caused by three things: money, politics, and crazy people -- Crazy Jews, Crazy Muslims, and Crazy Christians. Most people are good and peaceful people, its a shame the crazy people have to ruin it. Thats a pretty succinct way of summing up the state of things in the world. It was also an echo to commnents made by a previous guide about “idiots in Iraq” destroying relics of their own ancient heritage. Clearly no one religion has cornered the market on crazy people. It seems that during our travels those we have met have gone out of their way to emphasize that most Muslims are peace loving people that don’t have any ill will towards us. I think its the same for me. I’m embarrassed by the crazy Christians as much as they are embarrassed by the crazy Mulsims. The more important question is what to do about the crazies?

In our travels this year we have encountered amazing people of all faiths, Buddhists in Vietnam, and Cambodia, Muslims in Morocco, and Christians in Rome and Malta. It is these people that have made the past months memorable. On this Easter weekend, it is a bit strange to be in a Muslim country knowing the Easter celebrations going on back home.

I wish all of our friends and neighbors far and wide Peace, and a blessed Easter.