We're driving in our Car

We’re driving in our Car

One thing we never thought we would do in Malta was drive a car. From the way our neighbors fly down the road, to the fact that nobody uses turn signals (actually that is the same practice as back home) to the fact that it appears to be impossible to find a parking spot in our neighborhood it just didn’t seem worth the trouble. We can walk to almost everything we need, and with some patience take the bus almost anywhere else. However, when one of our students sprained her ankle and we discovered just how long it was going to take her to bus to school, we decided to give driving a shot. It was especially easy when we found out we could rent one for about \$5.00 a day! 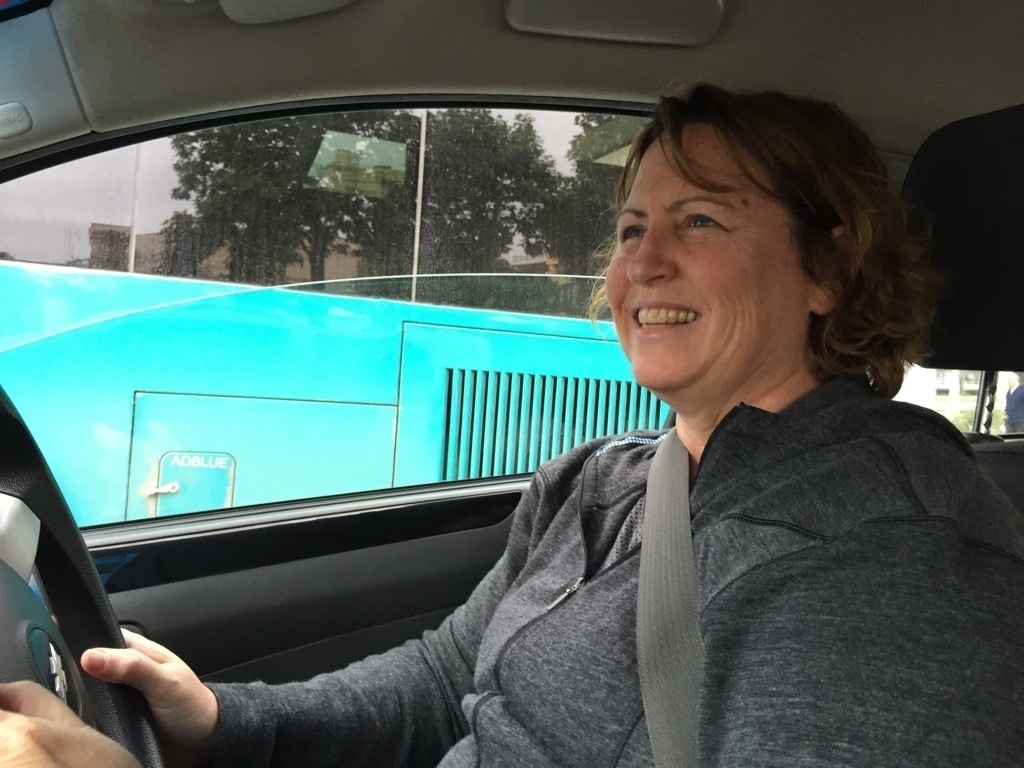 It is an experiment that has been modestly successful, but one that we’ll be glad to see the back side of in a week. Yes, it is nerve wracking, yes, parking is a pain, and yes, people just honk their horns for no good reason.

Really dude behind me? Don’t you think I would get out of your way if I could? But there are 20 cars stopped in front of me and nobody is going anywhere so just calm the heck down.

On the positive side the car has allowed us to enjoy the island in ways that would have required hours of painful bus riding, and that is what I would really like to highlight in this post.

Our first outing in the car was to the Dingli Cliffs. As spectacular as they are from the shore, we can’t wait for warmer weather so that we can experience the cliffs from the water side. You just don’t get the scale from pictures but these cliffs are 250 meters. Straight down.

We arrived in the morning, just after the rain had stopped. So although we knew we were in the right place we were well ahead of the rest of the tourists and hikers for the day. After a couple of long dead ends that led to some nice scenery, we hit the jackpot and were rewarded with some spectacular views.

After hiking the cliffs, we continued south to check out the Blue Grotto. Again, a bit of hiking away from the normal tourist crowd left us alone with plenty of time to just take in the sites. We had yet to actually find the Blue Grotto, but after we returned to the car, we were informed by the local captain that he was the parking lot guard for the day. He said this as he extended his hand with palm up, ready to accept a euro coin from us. We were not sure exactly what his duties were, but he told us where we should go to get a good view. 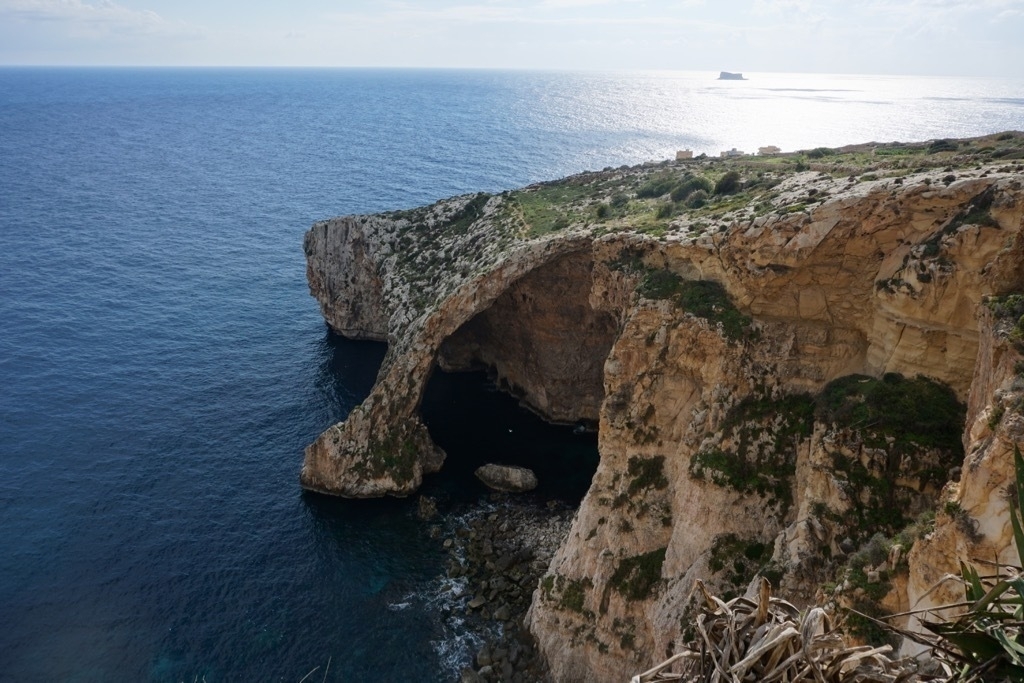 The little island in the picture is called Filfla and it looks like an aircraft carrier. So it was used for target practice by the British air force during world war II.

Another weekend, and another short car trip. Remember that Malta is only 122 Square Miles. So we never have that far to drive. This time toward the Northwest side of the island where there are a series of bays, the most famous of which is called Golden Bay.

This bay actually called Ghajn Tuffieha, was the site of the incident with the sprained ankle. All I can say is that after seeing the place in person, I’m glad they called the ambulance. I can’t imagine trying to carry a person with a sprained ankle across the rocks, then the beach, then up all of those stairs!

The weather was great and the scenery was spectacular. We just walked slowly and took in all of the great sights. In the distance we could see the sheer cliffs of the southwest side of Gozo. The water is so unbelievably clear that you can see the bottom of this bay from the top of the cliffs. Its not terribly deep but at least 12 meters we are told. Now that is some visibility. It definitely motivates us to want to dust off our SCUBA diving skills again before we leave the island.

This last Sunday we took a morning drive to Marsaxlokk (pron. Marsa-Schlock). This is a smallish fishing town at the very south of the island. On Sunday mornings they have a great farmers market with fresh produce and tons of fresh seafood. We ended up at a stall where the lady was nice enough to educate us a bit about finding fresh fish. I was pretty sure she was being truthful with us as there was a chef from a restaurant also at the table getting fish for his restaurant. Clear eyes, red gills. The clear eyes thing is a bit subjective, but the Sea Bass we bought was Amazing. After a couple of youtube videos on how to fillet the thing (thankfully our fishmonger gutted it for us) we had some nice fillets for Sunday lunch.

There is a nice looking fish market on the way home from the university that I will not hesitate to try in the near future. I think some nice King Prawns and risotto is on the way to our table soon.

Where we go from here with respect to the car is an unknown. It goes back next Monday, and I think Jane and I will both breathe a sigh of relief. Although once we get back from spring break we will not have too many weekends left on the island, I think we may take advantage of a one or two day rental to continue to get out of Sliema and enjoy the open spaces of Malta.