This is the short tribute speech I gave last Friday at the University of Minnesota.  Actually, I had to edit my speech to be shorter than this, so I thought I would just post this longer version, plus it contains some fun old images I dug up that I didn't get to show. 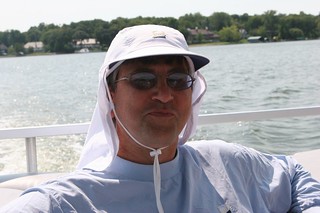 Hi, I'm Brad Miller.  For those of you who don't know me, I was one of John's PhD students, and a co-founder of Net Perceptions, but more importantly he was someone I admired, respected, and called my friend.

Now, I  still use Instant Messaging quite a bit, and its a way that John and I connected over the years.  But,  its a bit disconcerting that when I look at my Buddy list today I still see John Riedl in my list.  The problem is, he's not  "Offline," or "Away," He's "Idle!"  So, somewhere out there, or UP there, he's still logged in and on IM. Of course its on his gtalk account so maybe maybe google is expanding their mission beyond "the world".  Anyway,  I have this irresistible urge to have a conversation with him.  I hope this imaginary conversation conveys the amazing sense of Humor he always had for whatever we were doing.

Me:  Dude, time to chat?
John:  Just a sec, I'm trying to explain collaborative filtering to the big guy
Me:  I suppose I can wait.
John:  OK, I'm back…. for someone omnipotent, he's little slow on his basic probability and stats.  He had this cool idea that based on some sins that you had avoided in your past, we might recommend other sins to avoid.
Me:  Wow, we haven't had a negative rating problem like that since "Cleveland!"  But really rating sins? on a likert scale? do you think that will work?
John:  No, I think this would be a much better app to test out some of our hypotheses on implicit ratings.  Anyway,   What's up.
Me:  Just missing you.  Remember the first class I had from you? It was Fall 1993, CS8101 - Distributed Systems.
John:  Wow, that was a long time ago.
Me:  Remember the project that Dave Truckenmiller and I did?  We designed a Distributed Version Control System, for SCoNes.
John:  Scones?
Me:   Devices on a Seldomly Connected Network.
John:  HA!
Me: And remember our DRIP protocol  (Distributed Replicated Information Pile)
John:  Yeah, that was good project, and you got your A, but I think I should go back and revise your grade down.
Me:  Why?
John:  Well if you think about it,  in the end you guys got it wrong by requiring locking.   I think we had a long talk about merge versus lock.  Clearly the people in the merging camp like git and mercurial got it right in the end.
Me:  Ok, but they did come to the party almost 15 years later!
John:  Fair point, turns out its pretty hard to revise a grade after all these years anyway.
Me:  Do you remember the cease and desist letter we got from the Better Business bureau lawyers?
John:  That was great!  Maybe if someone hadn't photoshopped the BBB torch into some bizarre mashup of a  BNC connector with a computer on the top, and then put it on a website, this never would have happened! 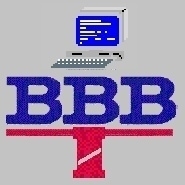 Me:  I think it had more to do with our naming the server the Better Bit Bureau!  I thought I might be the first PhD student to flunk out of the U for copyright infringement.  Plus we only had like 10 users at the time, so really!! Who cared?
John:  You were worried!?  I didn't even have tenure yet!  I Remember that they told us we could use any one of their 'B' words, but not two of the three together.
Me:  Yeah, luckily choosing a new name was "just a simple matter of coding"
Me:  Remember the ultimate test newsgroup for the Grouplens Usenet trial?
John:  Ha,  how could I forget that?  I know you and Joe were a lot more partial to rec.food.recipes, but you can't beat alt.sex.grouplens.
Me: Uh John,  You don't think they are, you know, monitoring your transmissions up there.
John:  Well, I haven't seen any guys from the NSA wandering around.  Plus, what are they going to do to me?
Me:  I worked so hard to get the emacs gnus reader working.   Hours of fun hacking in lisp.
John:  Yeah, I never could understand those people that used vi!  Emacs rules man!
Me:  We worked so hard on that trial, and I had so many hypotheses that were totally wrong.
John:  Yep, but remember I always told you that a negative result is still a result.  And there is nothing more cruel in the world than the murder of a theory by a cold, hard, ugly fact.
Me:  You said it.  I can't tell you how much comfort I got from that.
Me:  Hey, speaking of names do you remember that particularly long afternoon of trying to come up with a company and product name?
John:  How could I forget.  You were the worst!  "Villagent"  who would buy software from a bunch of Vigalantes!?
Me:  Yeah, that was not one of my finer ideas.  It was cool that GroupLens got to live on through a few product cycles at least. 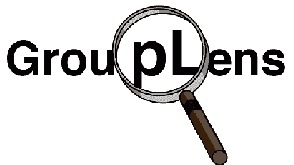 John:  I think our  release code names were the best.  - Photuris was my favorite.
Me:  Yeah the Firefly killer.  We showed those Media Lab guys a thing or two.  But I might have to go with Cleveland, just because it drove Steven crazy.
John:  Cleveland, I remember that!  We even had T-shirts made up for that one.
Me:  well, I'd like to chat more but they only gave me 3-5 minutes for this tribute.  Just one last question for you.  Why isn't your status Away?
John:  Thats easy, Brad.  I'm not.  I live on in your memories, I live on through Eric, Karen, and Kevin, and I live on through you and the rest of my students.  Don't worry, I'll always be with you in spirit.